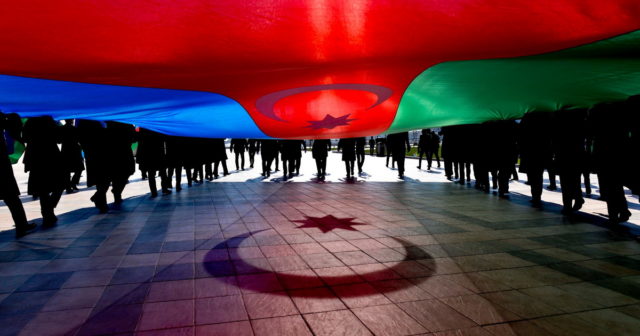 Azerbaijanis living abroad have a great role in the current development and success of Azerbaijan. Today, every Azerbaijanis, regardless of where they live, strives to properly promote and represent the country's culture and national moral values.

The basis of both lobbying and its driving force, the Diaspora, is the national unity of its members, Azerbaijanis around the world.

At present, Azerbaijanis living in different countries create organizations, establish mutual relations with governmental and non-governmental organizations of the country, and make efforts to cooperate. The Diaspora has a great role in the recognition of the country's culture, cuisine, history, and national spiritual values in the world.

Diaspora activities reflect a rather difficult and responsible mission. Bringing together people living in different countries, having different views, and even different political views, and creating coordination between them is considered a very abstract process.

The concept of diaspora is an important element of international relations in general. Although Azerbaijan, which established its international relations on the level of peace and brotherhood, suffered from the Armenian occupation for nearly 30 years, it tried to resolve the occupation issue through negotiations and peaceful means. When this was not possible, Baku carried out an anti-terrorist operation and ensured its territorial integrity. However, the diaspora of Armenia, which was defeated on the battlefield, resorted to provocation typical of state policies.

During the Patriotic War and in the post-war period, representatives of the Armenian diaspora in Los Angeles held illegal rallies and tried to put pressure on the Azerbaijanis living there. One of the targets of the hateful attacks of the Armenian diaspora is the Azerbaijani Fakhri Mizaguliyev, who works as the deputy chief of the police department in the city of Los Angeles, USA. Armenians put pressure on the police department of this city to release F. Mirzaguliyev from his post. Armenians tried hard to prevent Azerbaijanis from working in prestigious positions in any country.

Most recently, on September 12, following the widespread provocation by Armenia on the state border with Azerbaijan, the Armenian diaspora attacked the Azerbaijani embassy in several countries of the world, such as France, England, Georgia, and others, and caused serious damage to the embassy building.

Azerbaijani diaspora organizations and Azerbaijanis living abroad have always been in favor of peace, and have tried to resolve conflicts and injustices that have arisen on the basis of negotiations rather than violence. An example of this is the appeal addressed to the international community by the Azerbaijani community living in the German city of Magdeburg to protest against the large-scale provocation by the Armenian armed forces at the state border. In that appeal, it was stated that it is Armenia that is trying to obstruct the peace negotiations process initiated by Azerbaijan and mediated by the European Union.

From this point of view, diaspora organizations are an important element of international relations. The friendly and united contact of citizens living outside the country, their support of their countries at the right moment, and their support for the restoration of rights and justice contribute to the strengthening of the country.

The Azerbaijani government attaches great importance to this issue. As early as December 16, 1991, national leader Heydar Aliyev, considering the importance of this issue, declared December 31 the Day of Solidarity of World Azerbaijanis, and since then, December 31 has been celebrated with great enthusiasm by Azerbaijanis all over the world.

Today, we can proudly say that regardless of the country in which they live, Azerbaijanis demonstrate unity, and solidarity, protect the interests of the state and preserve the traditions of the people.

The article focuses on the diaspora building, lobbying, and solidarity of world Azerbaijanis