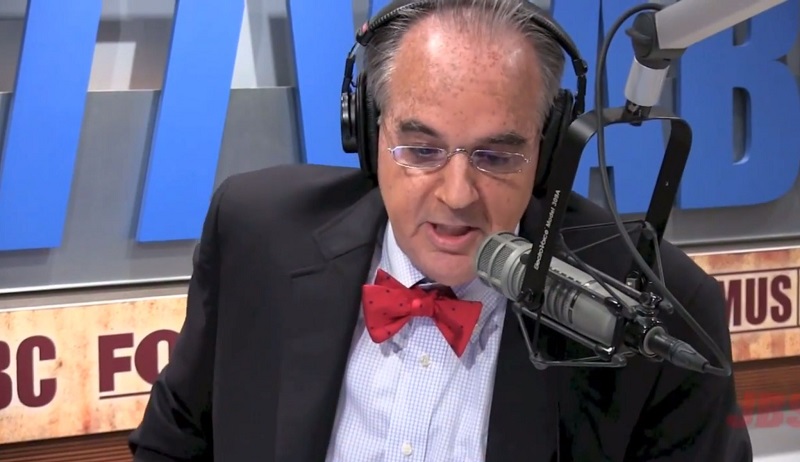 At the beginning of the interview, Batchelor said he has been to Azerbaijan several times and spoke about the history of the conflict between Armenia and Azerbaijan. The host said the people are ready to return to their native lands, noting that negotiations between Azerbaijan and Armenia are ongoing.

Brenda Schaffer, for her part, said Washington is currently mediating bilateral meetings between Baku and Yerevan and is taking an active part in this issue.

Ambassador Suleymanov, in turn, praised the mediatory efforts of US Secretary of State Antony Blinken and US National Security Advisor Jake Sullivan. The diplomat also informed that Azerbaijan has already submitted to Armenia a package of proposals consisting of five basic principles pointing out mutual recognition of territorial integrity, non-use of force, delimitation of borders, the opening of communications, and other important factors essential for peace.  He noted that although Armenia declared its acceptance of these proposals, it has not taken any practical steps for this purpose yet. Ambassador Suleymanov stressed that the signing of a peace treaty between the two countries is inevitable. The treaty, according to the diplomat, will serve the interests of both people and the development of the region on a large scale.

Asked about the provocations that led to the recent escalation, Ambassador Suleymanov said Armenia attempted to plant mines in the Azerbaijani territories, which was an obvious provocation and posed a major threat.  The fact that a ceasefire was reached in about 8 hours showed that neither side was interested in continuing the conflict, he added.

The diplomat said he hopes for the establishment of peace in the region, taking into account the recent situation, and noted that there is no logical way other than peace. He underlined that Azerbaijan is currently carrying out large-scale restoration and reconstruction work in its liberated territories and trying to ensure the return of former IPDs to their homes as soon as possible.

Batchelor addressed a question to Schaffer about whether the latest escalation was a response to Azerbaijan’s growing role in ensuring Europe’s energy security.

Schaffer emphasized that in July 2020, Armenia launched an attack on Azerbaijan not from the Karabakh direction, but from the direction of Tovuz district, near the Southern Gas Corridor route.

Speaking about Azerbaijan-UK relations, Ambassador Suleymanov said the two countries enjoy a strong partnership. The diplomat also highly appreciated UK’s support for the ongoing demining operations in Azerbaijan. He said that Azerbaijan has also strong relations with NATO.  The ambassador also pointed out Azerbaijan’s contribution to development and prosperity in the region.

Ambassador Suleymanov went on to say that Armenia should demonstrate political will in order for a peace treaty to be signed with Azerbaijan. Reminding his interlocutors of the remarks recently voiced by one of the former Armenian presidents, the Azerbaijani diplomat noted that after 30 years of occupation policy, Armenia is on the verge of losing its independence and the Armenian people should make appropriate decisions and determine their future. According to the ambassador, the normalization of its relations with Azerbaijan and Türkiye is the only way for Armenia to get out of this situation.

Batchelor emphasized the Middle East’s increasing importance in terms of energy supply and asked the Azerbaijani ambassador to comment on the latest summit of the Shanghai Cooperation Organization (SCO).

Ambassador Suleymanov said the latest SCO summit was a clear manifestation of the growing reputation of both Azerbaijan and Türkiye. Given the fact that Azerbaijan is located between Russia and Iran and near Central Asia, it will play a great role in the future of the region and Eurasia in general, the diplomat added.