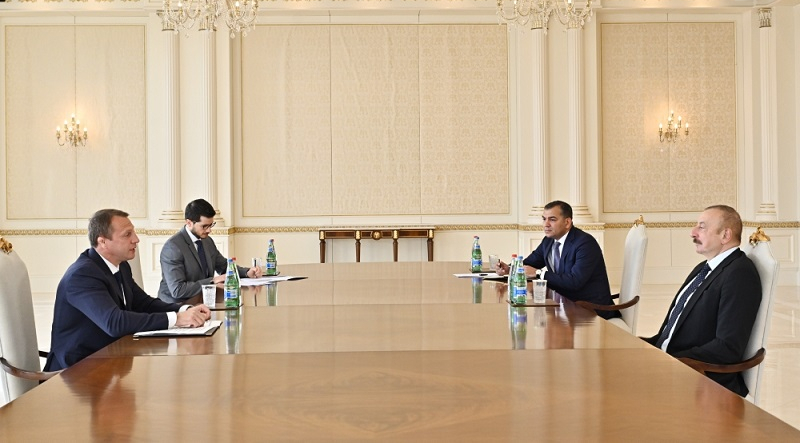 During the meeting, President Aliyev underlined the importance of the Azerbaijani trade mission in Israel and the opening of a tourism center. He noted that the reciprocal visits had also contributed to the development of bilateral relations.

Pointing to the economic relations, the head of state emphasized the importance of cooperation in the energy sector, noting that Azerbaijan was one of Israel's important oil suppliers.

The head of state said that Azerbaijan had already invested extensively in renewable energy, adding that Israeli companies are also interested in this field. The president hailed the good potential for cooperation in this area. Noting the experience of Israeli companies in the field of high technologies, President Aliyev said there are good opportunities for cooperation in this area.

The head of state also praised the involvement of Israeli companies in the restoration and reconstruction work underway in the liberated Azerbaijani territories.