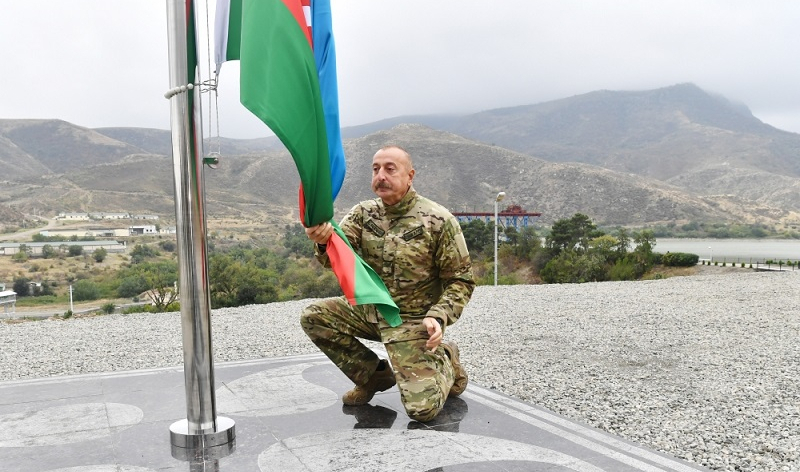 On October 3, President of the Republic of Azerbaijan Ilham Aliyev has today visited Tartar and Barda districts.

During the visit, President Aliyev raised the flag of Azerbaijan in Sugovushan settlement of Tartar district. 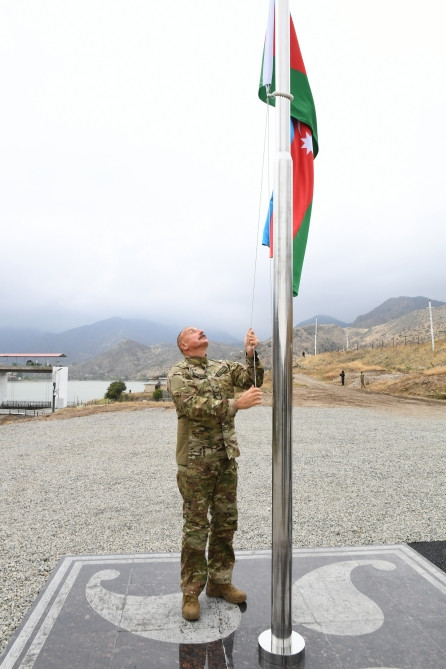 “One year ago, on 3 October, Sugovushan settlement was liberated from occupation. It was a very significant event. It was a great success, a great victory to liberate the strategic settlement from occupation in the first days of the war. During the liberation of this settlement, we had martyrs and wounded servicemen. May Allah rest the souls of all our martyrs in peace and grant healing to the wounded,” the head of state said.

“We once again paid tribute to the memory of our heroic martyrs who died for the Motherland on the Remembrance Day on 27 September,” President Aliyev added.

The Azerbaijani president then raised the state flag in Talish village of Tartar district. 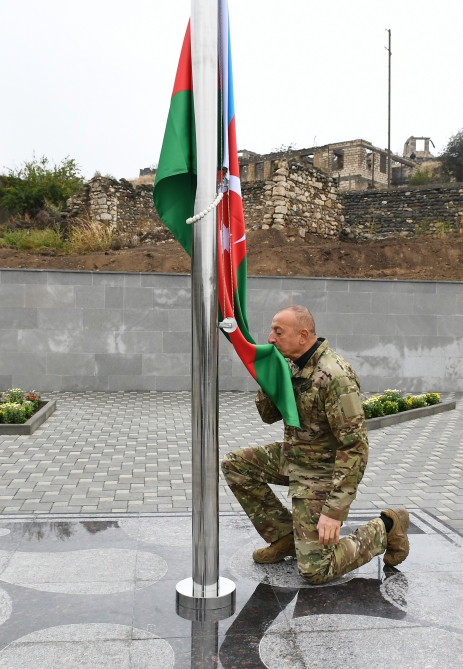