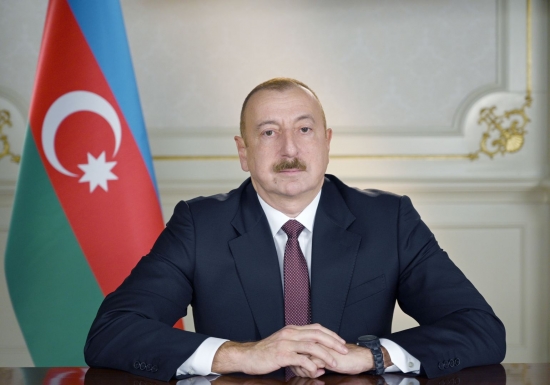 President of the Republic of Azerbaijan Ilham Aliyev has expressed his deep sorrow regarding the death of Feyzaver Alpsar, the daughter of Ali bey Huseynzade, an Azerbaijani writer, thinker, philosopher, artist, doctor, and the creator of the modern Flag of Azerbaijan.

"I was deeply saddened by the news of the death of Feyzaver Turan Alpsar, the daughter of Ali bey Huseynzade, a prominent representative of Azerbaijan`s literary and public thought, a famous educator and writer.

Feyzaver Turan Alpsar played an important role in preserving the literary and scientific heritage of the great thinker. She was awarded the “Dostlug” Order and the “100th anniversary of the Azerbaijan Democratic Republic (1918-2018)” jubilee medal for her contributions to the strengthening of cultural relations between the Republic of Azerbaijan and the Republic of Turkey.

May Allah rest her soul in peace!"