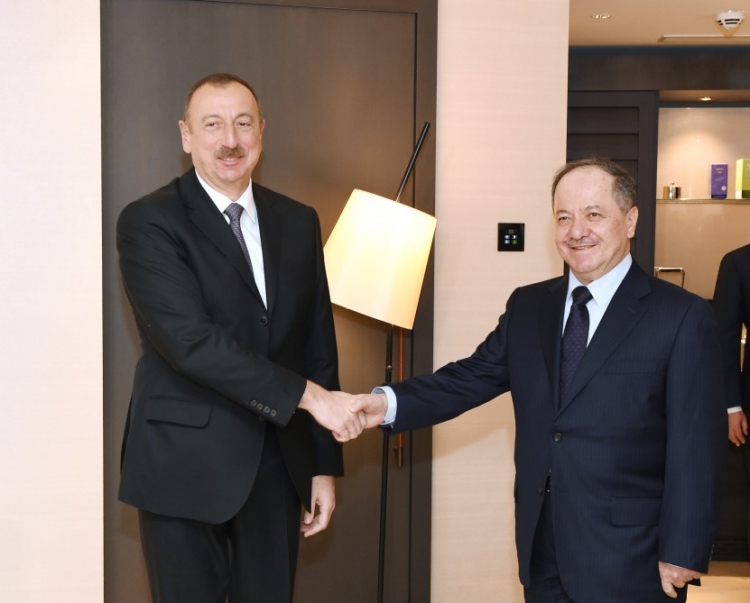 President of the Republic of Azerbaijan Ilham Aliyev has met with head of the Iraqi Kurdistan Regional Government Masoud Barzani in Davos, APA reports.

President Ilham Aliyev noted historical and cultural relations existed between the nations. The head of state recalled that Masoud Barzani`s father once lived in Azerbaijan.

Masoud Barzani thanked the head of state for commemorating his father, adding that he recalled with pleasure his memories about Baku.

During the meeting, the possibility of exploring the opportunities for cooperation between Azerbaijan and the Iraqi Kurdistan Regional Government in the energy, trade, export-import and other directions was stressed.

Masoud Barzani said Iraqi Kurdistan Regional Government was interested in cooperation with Azerbaijan`s companies over the various projects, adding there were good opportunities for boosting relations.