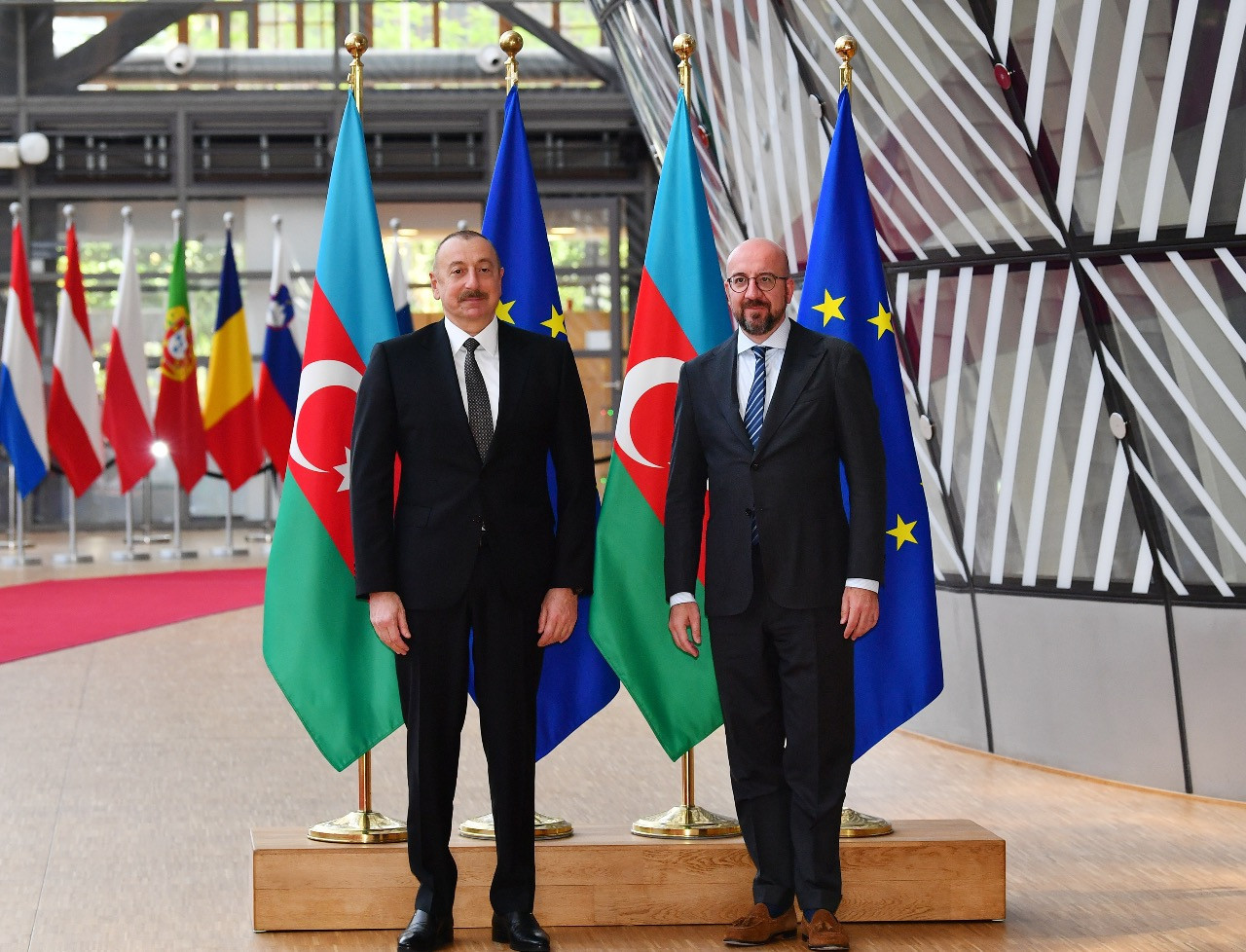 They then posed for photos.

During the meeting, President Ilham Aliyev praised Charles Michel's support for the preparation of a peace agreement between Armenia and Azerbaijan, the normalization of relations between the two countries, the opening of transport corridors, and the delimitation and demarcation of borders.

Noting that this was the third meeting in this format initiated and mediated by the European Union, the President thanked Charles Michel for organizing it.

President Ilham Aliyev noted that Azerbaijan had laid out five principles based on international law for the normalization of relations between Armenia and Azerbaijan and for the signing of a peace agreement, emphasizing that the principles were playing the key role in drafting the peace agreement.

The President expressed his hope that the process of drafting the peace agreement between the two countries would be accelerated.

According to the results of the meeting between Azerbaijan, Armenia and the European Union on 6 April, President Ilham Aliyev said that Azerbaijan had determined the composition of the working group to start negotiations on a peace agreement in late April, as well as the composition of the national border delimitation commission, reiterating that the country was ready to start the negotiations.

President of Azerbaijan Ilham Aliyev also stressed the importance of clarifying the issue of landmines in the liberated territories and the fate of about 4,000 people, who went missing in the first Karabakh war.

The President also underlined the need for Armenia to implement all the provisions of the 10 November Statement.

The President of the European Council, Charles Michel, reiterated the EU's commitment to support the process of normalization of relations between Armenia and Azerbaijan, noting that it would continue its mediation efforts, and underlined the importance of previous meetings held in this format. Charles Michel thanked the head of the state for attending the meeting in Brussels in this format. 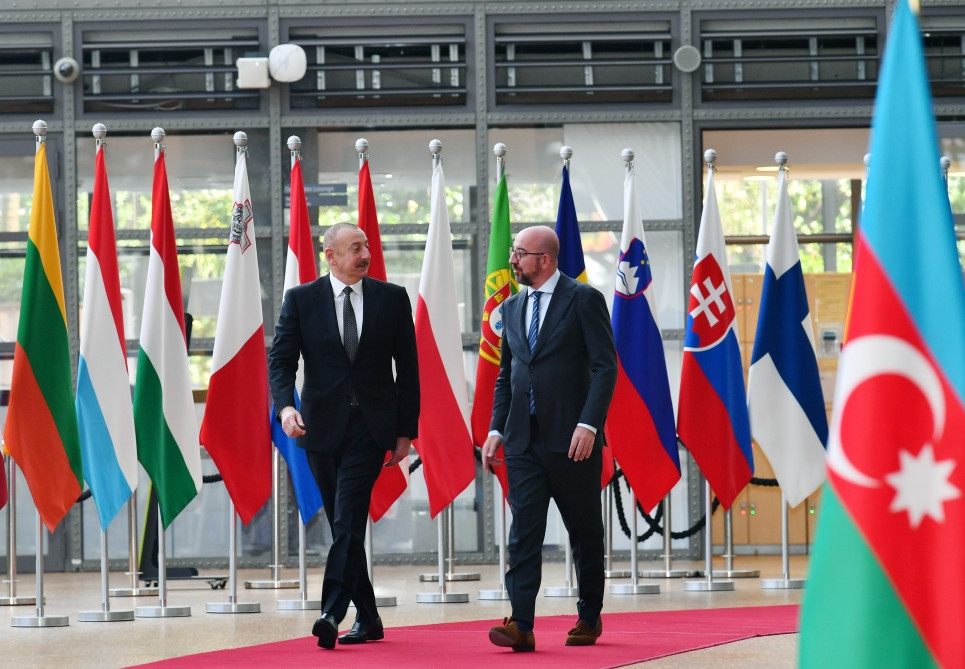 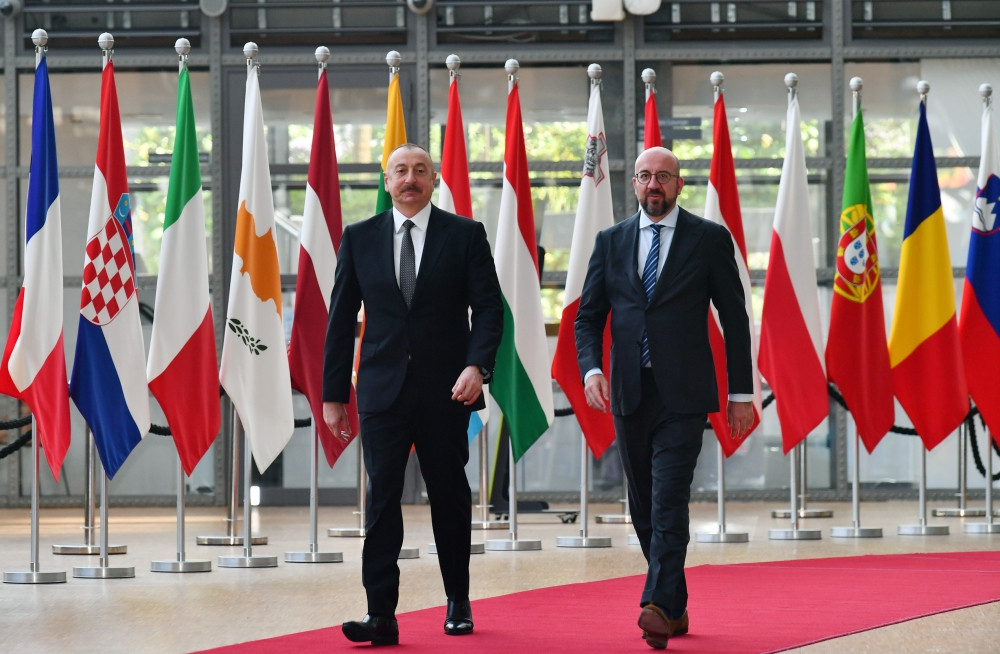 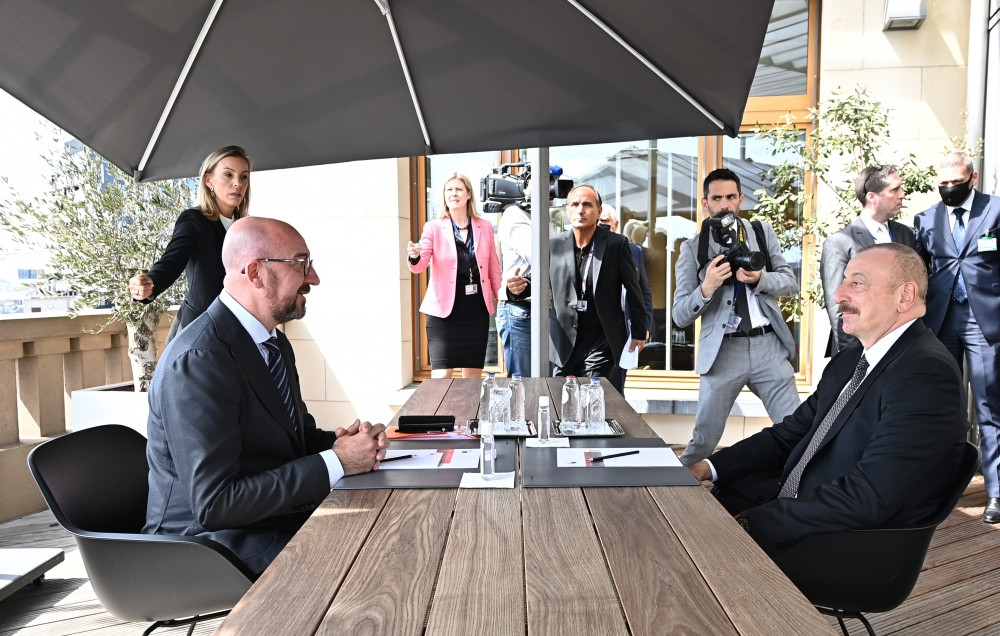