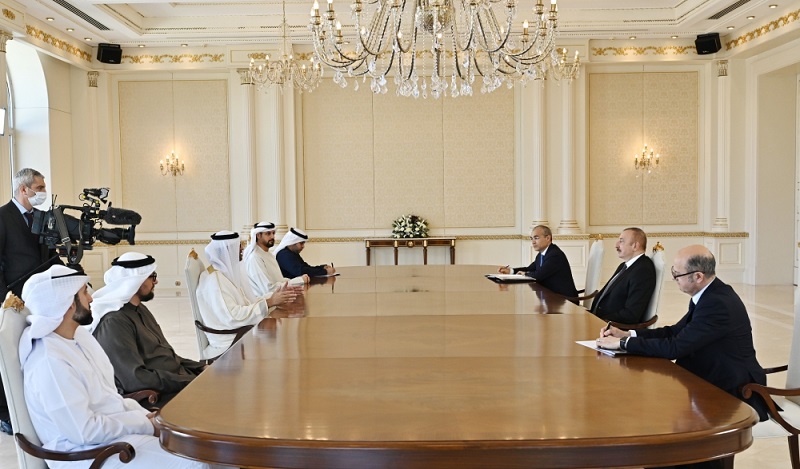 The head of state hailed the successful development of relations between the two countries in political, economic, investment, and other areas.

Recalling the groundbreaking ceremony for the 230 MW Garadagh Solar Power Plant to be built in Azerbaijan by the UAE's Masdar this March, the head of state expressed hope that the project would be launched by the end of next year. President Ilham Aliyev described the implementation of this project as a good example of ensuring mutual interests and opportunities.

The head of state noted that given the high level of political relations between the two countries, the implementation of a future joint economic agenda, including the establishment of joint ventures, defining the investment opportunities and involvement in various other projects, can serve to maximize the existing potential.

President Ilham Aliyev thanked for the greetings and best wishes of Mohammed bin Rashid Al Maktoum and Mohammed bin Zayed Al Nahyan and asked the minister to extend his greetings to Vice President and Prime Minister of the United Arab Emirates, and Crown Prince of Abu Dhabi.

The minister noted that Mohammed bin Zayed Al Nahyan highly appreciates the development of relations between the two countries, attaches particular importance to these relations and is determined to further strengthen the partnership.