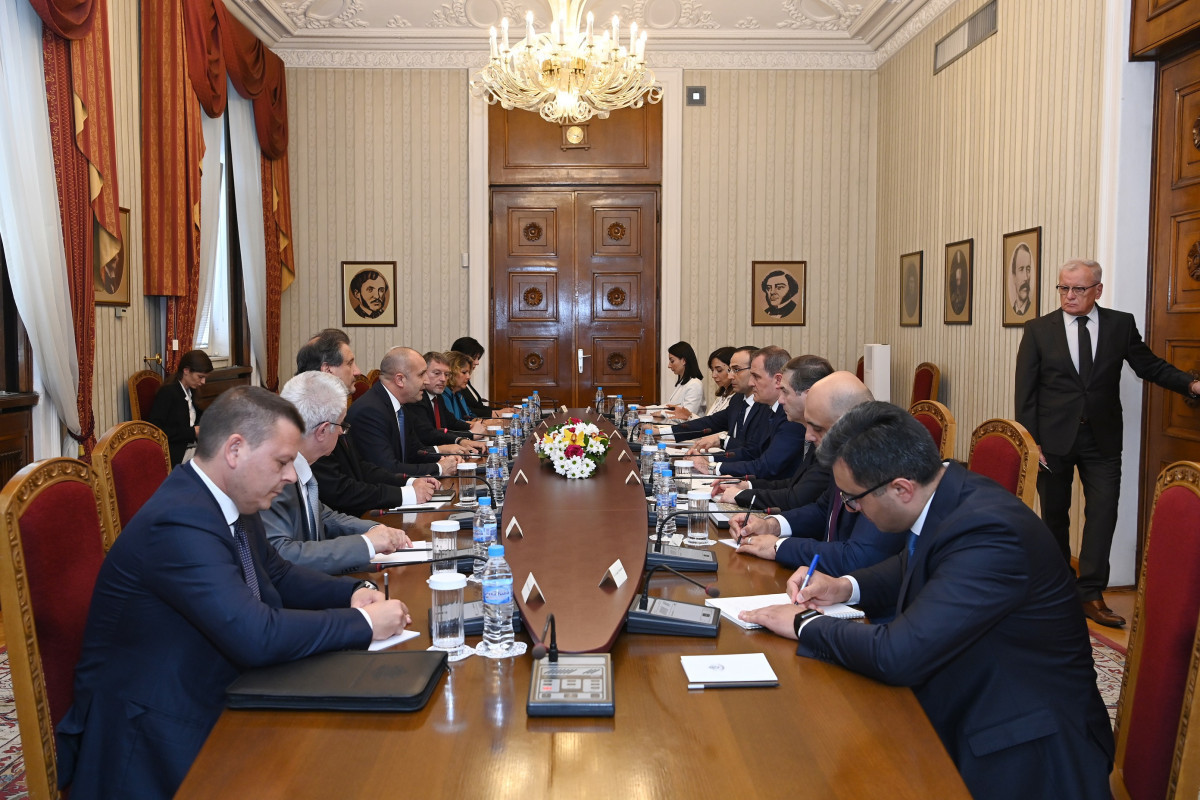 President Rumen Radev stressed the importance of the current visit on the eve of the 30th anniversary of the establishment of diplomatic relations between the two countries for the further development of relations.

Minister Jeyhun Bayramov expressed his gratitude for the reception and delivered the sincere greetings of the Azerbaijani President to the Bulgarian President. The minister noted that a very useful exchange of views was conducted with his Bulgarian counterpart during the second strategic dialogue meeting in Sofia.

In the meeting, the sides exchanged their views on the cooperation perspectives between the two countries in the field of energy, economic trade, information technologies, agriculture, tourism, education, and culture. It was noted that Azerbaijan is a reliable partner of Bulgaria, as well as the European Union in the field of energy.