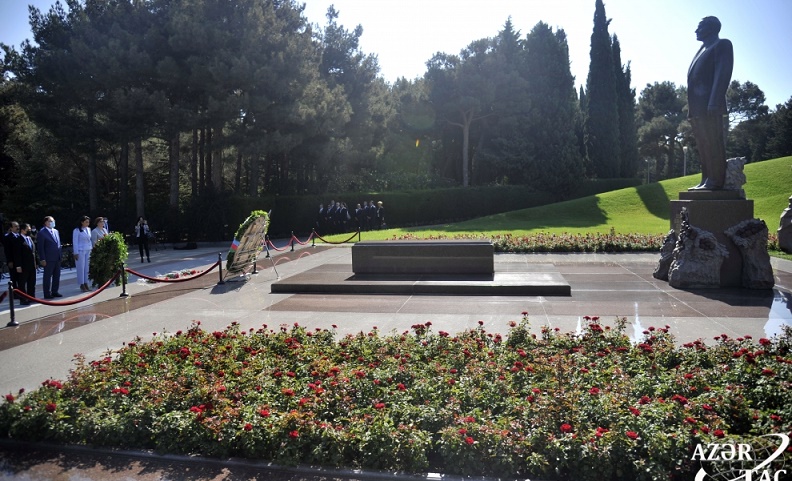 A delegation led by President of Ombudsman Association of the Organization of Islamic Cooperation (OIC), Chief Ombudsman of Turkey Seref Malkoc has visited the Alley of Honors and Alley of Martyrs.

The delegation first visited the Alley of Honors to pay tribute to the memory of national leader, architect and founder of the independent Azerbaijani state Heydar Aliyev, and to lay a wreath at his grave.

Then the delegation visited the Alley of Martyrs to commemorate Azerbaijani heroes who gave their lives for the country`s independence and territorial integrity, put flowers at their graves and laid a wreath at the Eternal Flame monument.

They enjoyed a panoramic view of Baku as they were informed on the redevelopment works in the capital of Azerbaijan.

The delegation then laid a wreath at a monument to the heroic Turkish soldiers who died in the battles for the liberation of Baku in 1918.