President: Special forces selflessly participated in many operations and were ready to die, demonstrated both professionalism and self-sacrifice 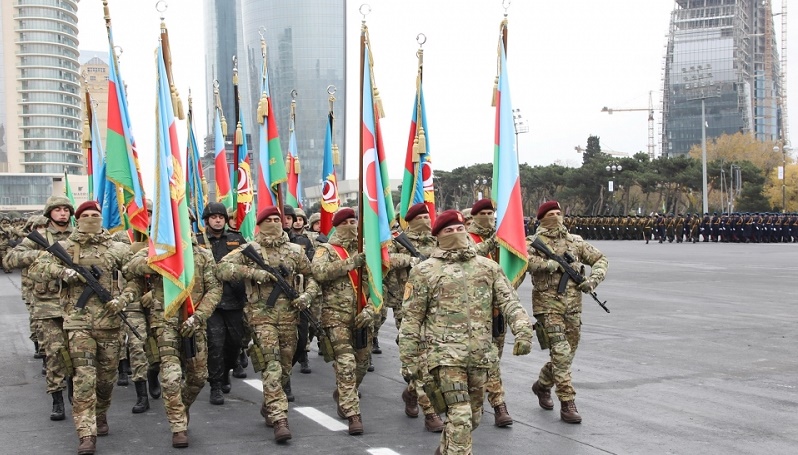 “The special forces of the Ministry of Defense played a crucial role in carrying out the most important operations to liberate the occupied territories, primarily the Shusha operation, but not only that. They selflessly participated in many operations and were ready to die, demonstrated both professionalism and self-sacrifice,” President of Azerbaijan Ilham Aliyev said in his interview with Russian “Natsionalnaya oborona” magazine.

“I have always paid special attention to special forces. Their activities, gear and daily training were under my regular control. I met with them many times and saw that we have actually created a very combat-ready military unit that can solve very complex issues. And if we go back to the course of hostilities, the terrain itself was very disadvantageous for us. We were essentially climbing mountains. The Armenian side had taken all key positions on the heights, created several lines of defense, the terrain itself is also a line of defense, it is also a fortification. Therefore, in general, we had to show miracles of professionalism, resolve, strength, and love of the Motherland. So I really appreciate their work,” the head of state noted.

President Ilham Aliyev added: “We had seven special forces units, but, of course, the main function was performed by the special forces of the Ministry of Defense. A coordination of their actions was also very important because they carried out many operations together. And a coherence of their actions played a very important role in the success of the military operation. In some military exercises we conducted in previous years, we held joint military drills of the special forces of the Ministry of Defense, the Border Service, and the Internal Troops, as if testing the level of coordination between them. But it is one thing when this is done during exercises and completely another when it is done during the war. So they all showed heroism, were awarded high orders, medals, and we can be proud of them.”