President: We will not agree to incorporate issues related to Armenian minority in Azerbaijan into our peace agreement 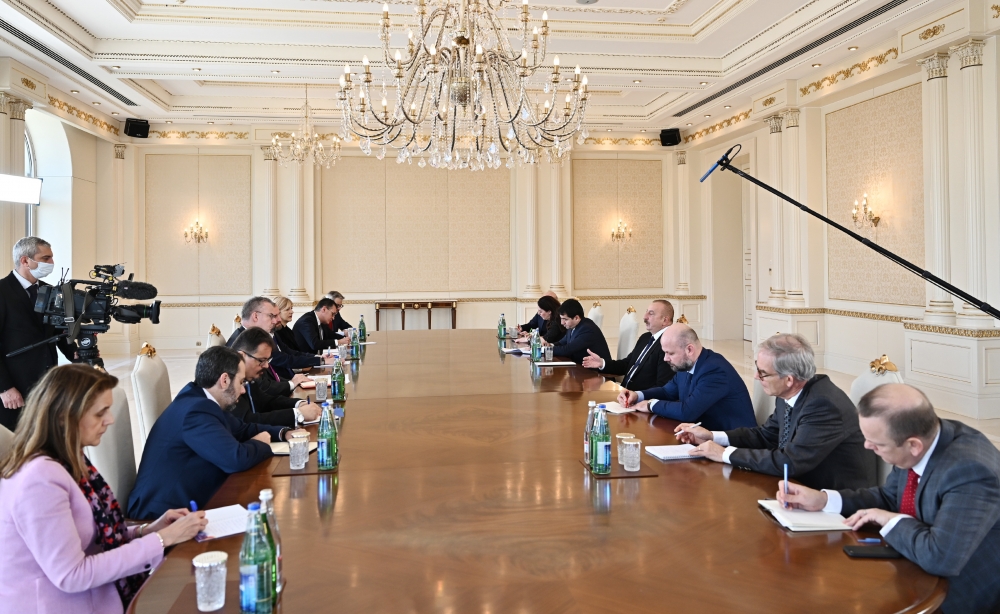 “We have full understanding that there must be two tracks. And they should not be mixed up. But statements from Armenia are very controversial,” said President of Azerbaijan Ilham Aliyev as he received a delegation, led by Special Envoy of the European Union for the Eastern Partnership Dirk Schuebel, News.az reports.

The head of state noted: “Just yesterday, I had a phone call from Secretary of State Blinken and once again we talked about that. They say they recognize our territorial integrity and sovereignty. Not only say but they signed under that in Prague and in Sochi. That means sovereign people of all our territory. We all understand what sovereignty means. At the same time, they want to incorporate issues related to Armenian minority in Azerbaijan into our peace agreement. It will not work. It is not possible. And we will not agree on that.”