Rally in support of Azerbaijan held in Turkish capital 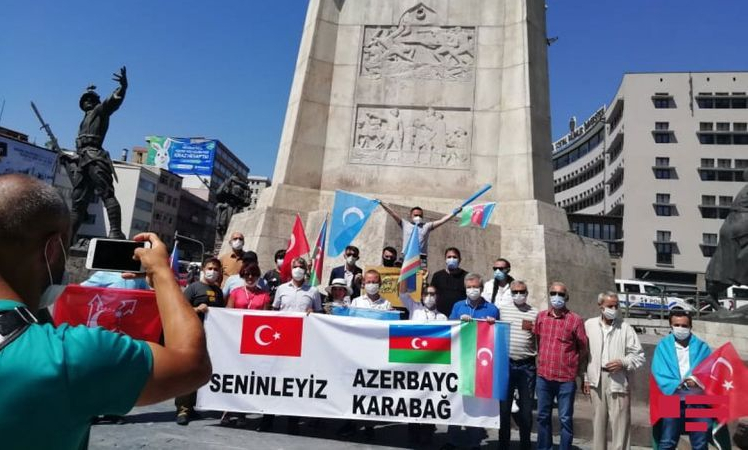 A rally in support of Azerbaijan was held Saturday in front of Equestrian statue of Mustafa Kemal Ataturk in Ankara, Turkey.

The rally participants condemned the ongoing aggression of Armenians, the Armenian lobby and their patrons against the Turkic world, Azerbaijan and Turkey.

Sheida Nasibli, the rally organizer, listed the historical facts about the provocations committed by the occupant Armenia.

The rally participants also expressed protest against Armenia’s latest provocations in the direction of Azerbaijan’s Tovuz district along the two countries’ border.

They chanted slogans like “Karabakh is ours and will be ours!”, “Justice for Khojaly!”, “Stop Armenian aggression!”.