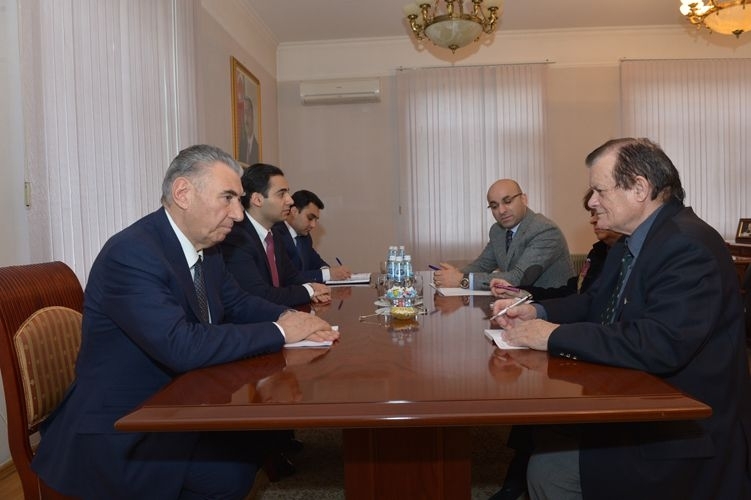 Chairman of the State Committee of Azerbaijan on Refugees and IDPs Affairs Ali Hasanov on Thursday met renowned French writer Gerard Cardonne, who is paying a visit to Azerbaijan.

The French writer made it clear that the purpose of his visit is create a work titled “The Azerbaijani Woman” and gather valuable information about Azerbaijan, adding that he would also write a book on the Khojaly tragedy based on the gathered information, the State Committee’s press service told APA on Thursday.

Cardonne spoke about his desire to write a book about the Azerbaijani women.

According to the writer, the work will consist of two parts covering the lives of women, their role in the family and society, protection of their rights and other issues.

Highly appreciating the development of Azerbaijan, Cardonne spoke about the growing poverty in Azerbaijan and noted that the Armenian people are leaving the country in protest against the current regime.