Restoration of 5 historical monuments completed in Shusha, work underway on 3 other monuments 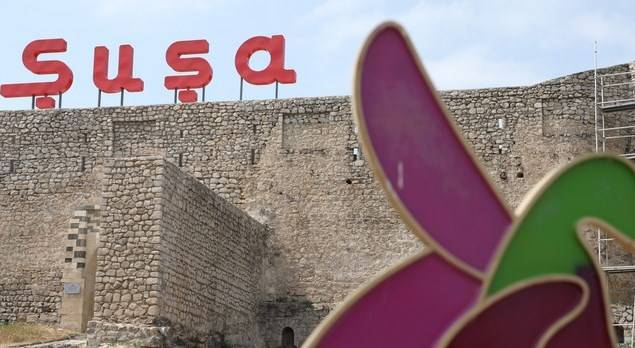 "Restoration works have already been completed in five historical monuments in Shusha," said the Special Representative of President in the Shusha city, Aydin Karimov, at the consultation of the heads of the diplomatic missions of the Republic of Azerbaijan in Shusha, News.az reports.

According to him, one of the main works planned for this year is the construction of a school for 960 students in the city.

Aydin Karimov reminded that the foundation of Shusha District Central Hospital was laid by President Ilham Aliyev and added its construction would be started soon.