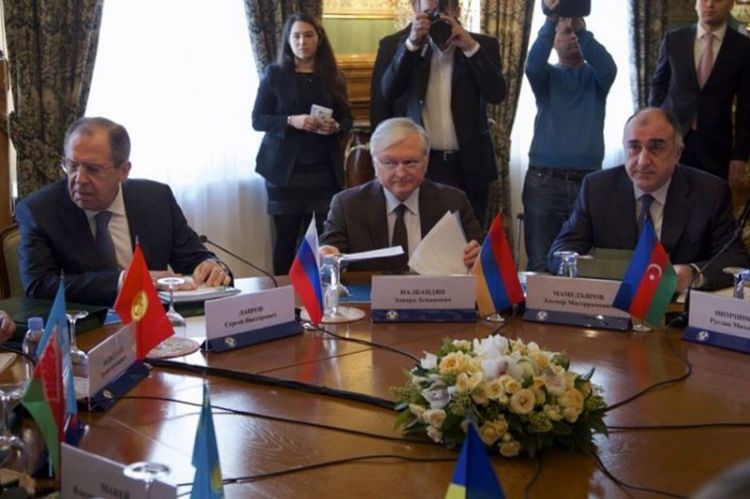 During the meeting, the ministers continued discussions on the prospects for the progress of the negotiation process on the Nagorno-Karabakh conflict’s settlement and stressed the need to implement the agreements reached at the summits in Austria’s Vienna and Russia’s St. Petersburg held in April and June 2016, according to the statement.

The Azerbaijani and Armenian foreign ministers expressed gratitude to their Russian counterpart for contributing to the efforts to find a peaceful solution to the conflict.

Mammadyarov, Lavrov and Nalbandyan agreed to continue contacts on all the issues discussed, said the statement.

“Following the tripartite talks, the foreign ministers had a meeting with the OSCE Minsk Group co-chairs, as well as the Personal Representative of the OSCE Chairperson-in-Office. The sides exchanged ideas on the Nagorno-Karabakh conflict’s settlement,” the statement said.