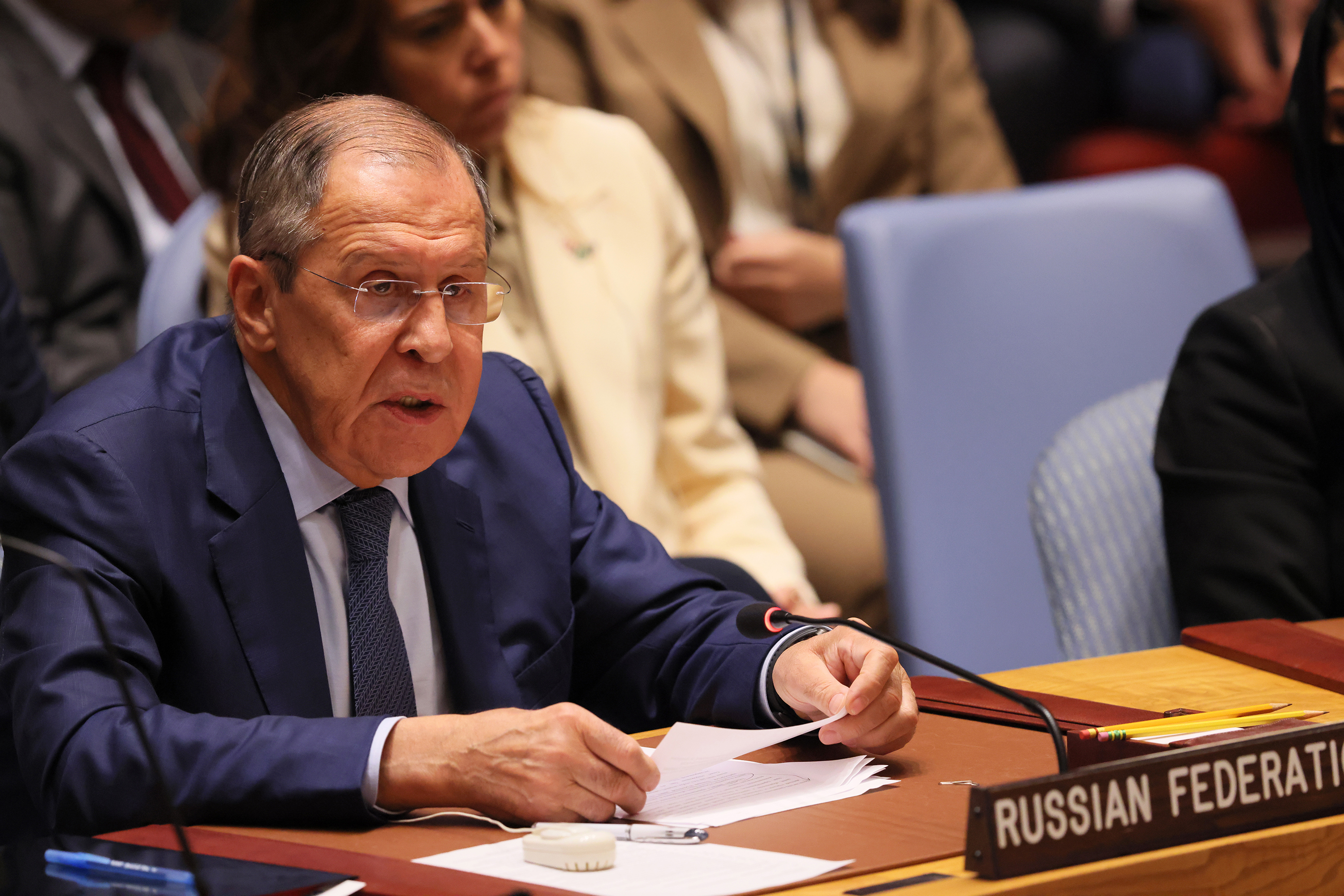 Speaking to the United Nations Security Council session on Ukraine, Lavrov claimed Ukrainian forces made "illegal" attacks on the "peaceful citizens of Donbas."

Lavrov claimed Zelensky made "Russo-phobic" comments in an August interview and that they motivated people living in Russian occupied areas of Ukraine to hold referendums on the prospect of joining Russia.

"I think the decisions that have been adopted by a whole range of the regions of Ukraine about conducting referendums are the result of his [Zelensky's] comments," Lavrov said.

Lavrov also condemned the "cynical" way Western nations are supplying weapons to Ukraine and said the "policy means the direct involvement of the West in the conflict and makes them a party to the conflict."

In his speech, Lavrov claimed the West was primarily motivated to supplying weapons to Ukraine in order to "drag out the fighting as long as possible in spite of the victims and destruction in order to wear down and weaken Russia."

Lavrov ended his speech by dismissing the legitimacy of the International Criminal Court, "We have no confidence in the work of his body,” he said, adding, “and we don't expect anything more from this institution or a whole range of other international institutions."

"Everything I've said today simply confirms that the decision to conduct the 'special military operation' was inevitable," Lavrov added.

The expected referendums run counter to international law upholding Ukraine’s sovereignty. Ukrainian officials dismissed the announcement as a “sham” stemming from the “fear of defeat.”

US ambassador to Ukraine Bridget A. Brink echoed that sentiment on Twitter Wednesday.