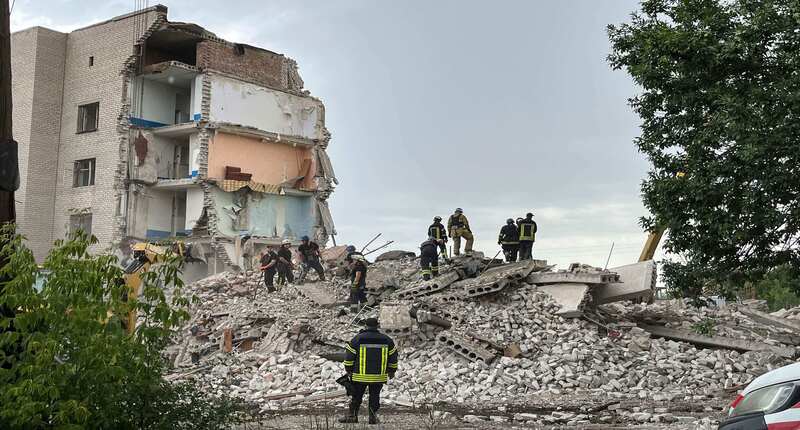 At least 15 people have been killed and more than 20 are feared buried under rubble after Russian rockets struck an apartment block in Chasiv Yar, a town in eastern Ukraine, officials say, News.az reports citing UNIAN.

Some victims have been brought out alive. The death toll was given by a Ukrainian emergency services official.

One side of the five-storey building was ripped apart, leaving a mountain of rubble. Chasiv Yar is near the city of Kramatorsk, in Donetsk region.

Donetsk is the focus of a Russian push.

Ukrainian President Volodymyr Zelensky said the strikes on the residential block were carried out deliberately.