Saga of ‘genocide’: are Jews to be blamed for it? 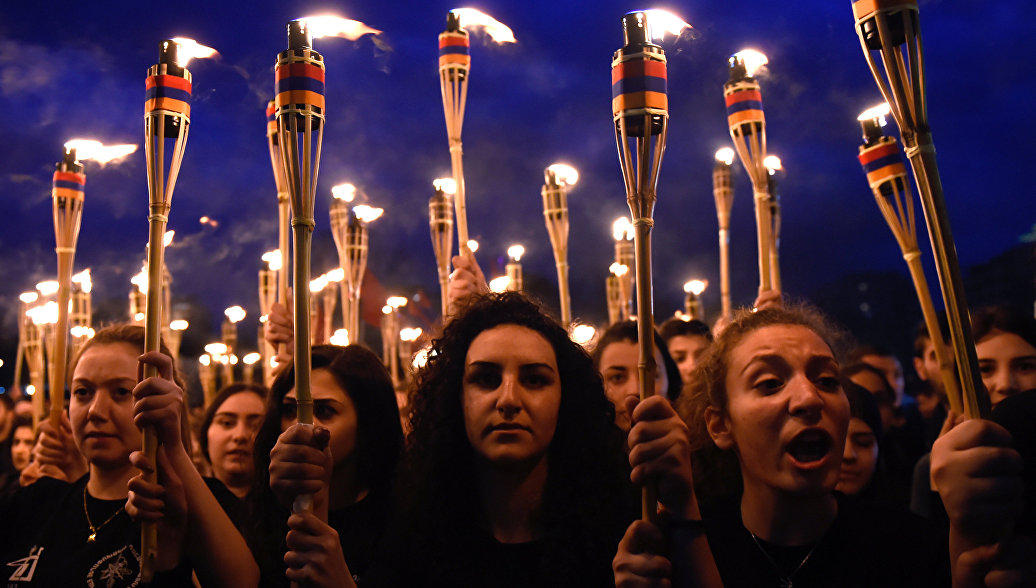 On the periphery of Armenian politics there has long been a steady theory that Jews are responsible for the events of 1915 in the Ottoman Empire, presented as the so-called “Armenian genocide".

The Zionists had allegedly conspired with the Young Turks and even were the initiators of these events, and the father of Zionism, Theodor Herzl, causes serious discontent among Armenians in this connection, Novosti-Azerbaijan reports. According to Armenian fabrications, Herzl gave up universal values, helping the sultan create a humane image of Turkey in the eyes of Europe, so that he could borrow loans from the latter, and in return, the Ottoman Empire had to sell Palestine to Jews. In particular, a whole layer of pseudo-historical Armenian literature is built on the "justification" of this "conspiracy theory" with varying degrees of credibility. And today, Armenians continue to adhere to this theory, trying to project it onto modern Azerbaijani-Israeli relations. One of the latest attempts of the kind was an article in the European edition of Modern Policy. he author of this publication David Davidyan creates his alternative history, in which the Ottoman Empire is assigned the role of a ferocious and bloodthirsty power that exterminated not only Armenians, but also Greeks, Assyrians and others, and the Zionists helped the Sultan in this case. Davidyan fantasizes: Herzl feared that the Turks would begin to exterminate the Jews, and decided to take advantage of the situation in their own interests.

The author is also outraged by the large number of pro-Azerbaijani articles in the English-language press, which allegedly distort the reality. Thus, he gives out indignation of world Armenians regarding the objectively established friendly, warm relations between Israel and Azerbaijan, in which the great contribution belongs to the factor of tolerance prevailing in the Azerbaijani society from ancient times, which cannot be said about the Armenian society. According to the head of the Club of Political Scientists "South Caucasus" Ilgar Velizadah, Tel Aviv conducts a pragmatic policy in the region. In this sense, Azerbaijan is an advantageous partner for Israel, not as an instrument of influence on neighboring countries, but because of its geographical location and the traditional absence of anti-Semitism in its cultural and social environment.

"Jews have historically lived in Azerbaijan, there is no hostile attitude towards other nations, whereas in Armenia a policy of ethnic exclusivity has become a cult. Azerbaijan is a communicator country, friendly towards Jews. In recent years, Azerbaijan has become a reliable military and technical partner for Israel, an important supplier of energy resources, and this strengthens our bilateral relations,” Novosti-Azerbaijan interlocutor said. Velizadah noted that, while propagandizing relations with Azerbaijan, Israeli public figures, politicians, scientists see great potential here. After all, stable relations between Israel and Azerbaijan can be projected on relations with other regional countries in the future.

In particular, Israel has a certain interest in the regions of the Caspian Sea and the South Caucasus.

"Israel views Azerbaijan as a strong point of presence in the region and tries to implement projects that will be of interest to both sides, while the interaction is very versatile, it does not rest solely on energy or military-technical cooperation. Israeli firms are also actively assimilating the information technology market in Azerbaijan, Israeli agricultural technologies are being introduced in our country, there is cooperation in the field of safety There is no place for other motives, " Velizadah stressed.

According to him, Armenian authors as always try to put everything upside down and present in such a way that Israel cooperates with Azerbaijan in order to harm Armenia, saying there are deep interests here.

"Armenian media often try to see the Armenian factor where it does not exist and where it should not be. They put forward unscientific hypotheses and fabrications that are projected onto history and onto the nearer and more distant future. They are not the first to raise the topic of alleged participation of the Jewish lobby in the so-called ‘Armenian genocide, but it's just an absurd theory. On the one hand, Armenia seeks recognition of the so-called ‘Armenian genocide’ by Israel, and on the other hand, it accuses Israel of being the instigator of these events. It show how defective and contradictory the  world Armenians can be in their fabrications. Armenian claims cannot not cause anything but a sarcastic smile in any serious person versed in the history and the current situation in the region," the expert concluded.