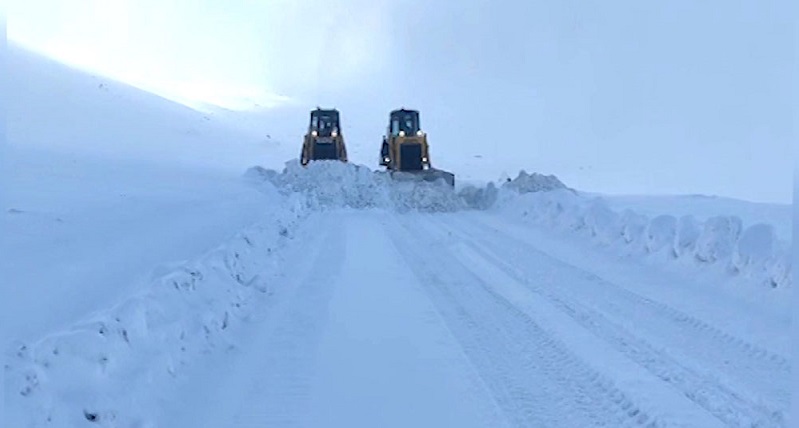 On the instruction of Azerbaijan’s Defense Minister, Colonel General Zakir Hasanov, all necessary measures were carried out under the control of the relevant structures of the country’s Defense Ministry to organize a high level of service and combat activities in any weather conditions in subunits, especially in military units of the Azerbaijan Army, stationed in the mountainous area with difficult terrain.

Currently, the work in this direction continues in a planned manner, the ministry told News.Az.

In order to carry out combat duty day and night at the combat positions of the Azerbaijan Army Units, special warm clothing for a cold climate was distributed, and the necessary medicines, wood, coal, as well as liquid fuel were supplied in accordance with the preparation plan for the winter period.

The current provision of all units stationed in the territory of the Kalbajar and Lachin regions is carried out uninterruptedly through recently commissioned combined warehouses. Servicemen, who need evacuation for medical treatment and examination, as well as cargo are transported by the use of specialized equipment and skis. Products, that strengthen immunity, and other foods are preferred in the nutrition of military personnel, serving in mountainous and cold regions.

As a result of the interaction of the Engineering Troops with other state structures, snow clearance of supply and other roads is alternately carried out, as well as the process of laying new roads continues in order to maintain the evacuation roads in working order during winter.

In the territory of the Kalbajar and Lachin regions, 804 km of roads have been cleared of snow since the beginning of this year, and thus the uninterrupted movement of military and civilian transport has been ensured.

Due to the fall of high snow cover, additional signs are buried in dangerous areas, and military personnel is instructed on strict compliance with safety regulations.

Thanks to the attention and care of the President of the Republic of Azerbaijan, Supreme Commander-in-Chief of the Armed Forces Mr. Ilham Aliyev, the moral-psychological state of the personnel of all military units, including subunits of the Azerbaijan Army, stationed in the mountainous areas with difficult terrain, is at a high level, as well as the assigned service and combat tasks are professionally fulfilled during winter.