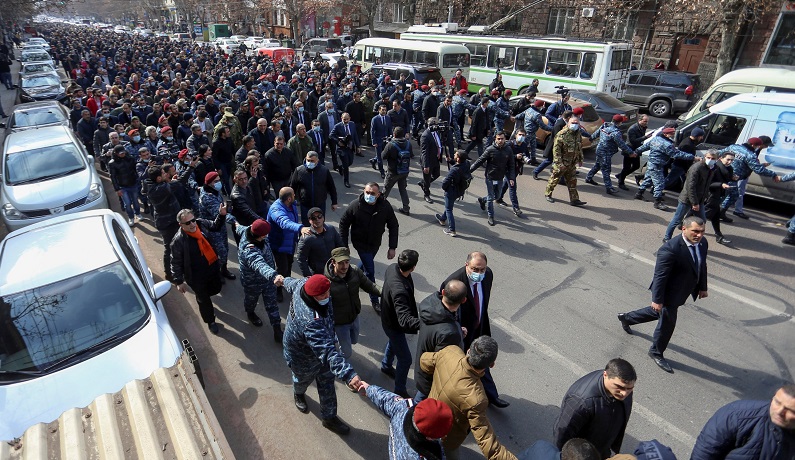 The protesters sing patriotic songs and construct barricades from trash bins and benches. Every now and then, the activists start chanting anti-government slogans. The police are reinforced, but it does not attempt to disperse the protesters.