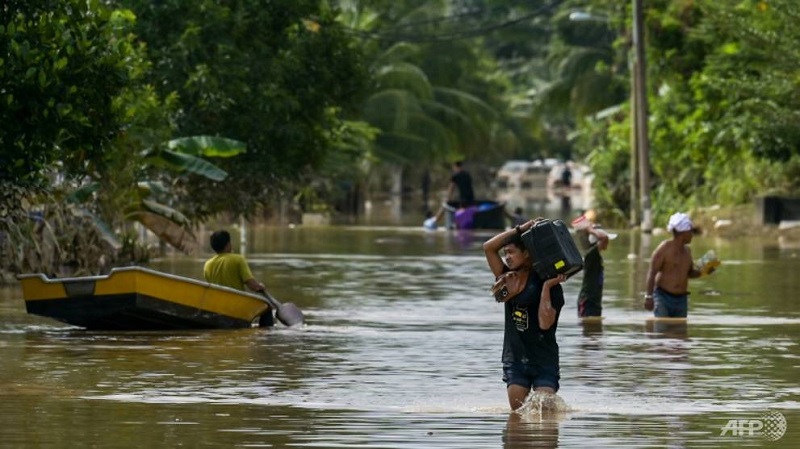 At least six people have died and nearly 50,000 evacuated in Malaysia after monsoon rains pounded the country's east coast, authorities said Friday, causing what residents described as the worst flooding in half a century, AFP reports.

Authorities have stepped up rescue operations after locals complained they had to fend for themselves earlier this week.

Heavy rains continued to batter the region on Friday, swelling the number of people abandoning their homes to more than 47,000, officials said.

"I have lost everything. The water has covered my roof," 59-year-old factory worker Tan Kong Leng told AFP, tears filling his eyes.

Floods hit the region during the rainy season every year and regularly result in mass evacuations; but those in the affected areas say this year's are the worst in decades.

Many roads, including the main expressway that links the east coast states, have been closed.

The worst-hit state is Pahang, where around 27,000 people have been evacuated in recent days, according to the social welfare department.