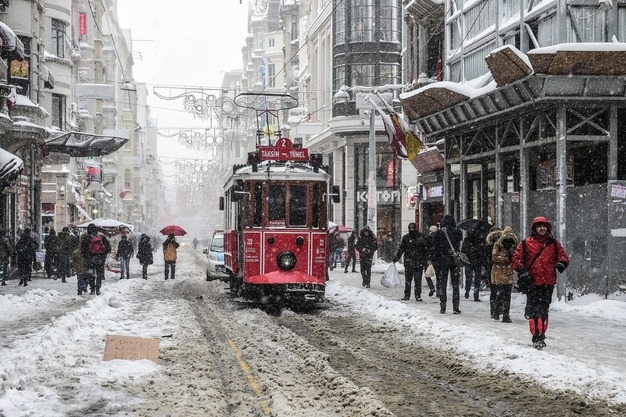 The snowfall will intensify in the afternoon and continue until nightfall, Turkey’s General Directorate of Meteorology informed.

50-75 km/h snowstorm is expected in Marmara region. It will last until the evening. Schools were suspended in Istanbul, Canakkale, Balikesir and Yalova.