There will be no referendum in Nagorno-Karabakh - President Aliyev 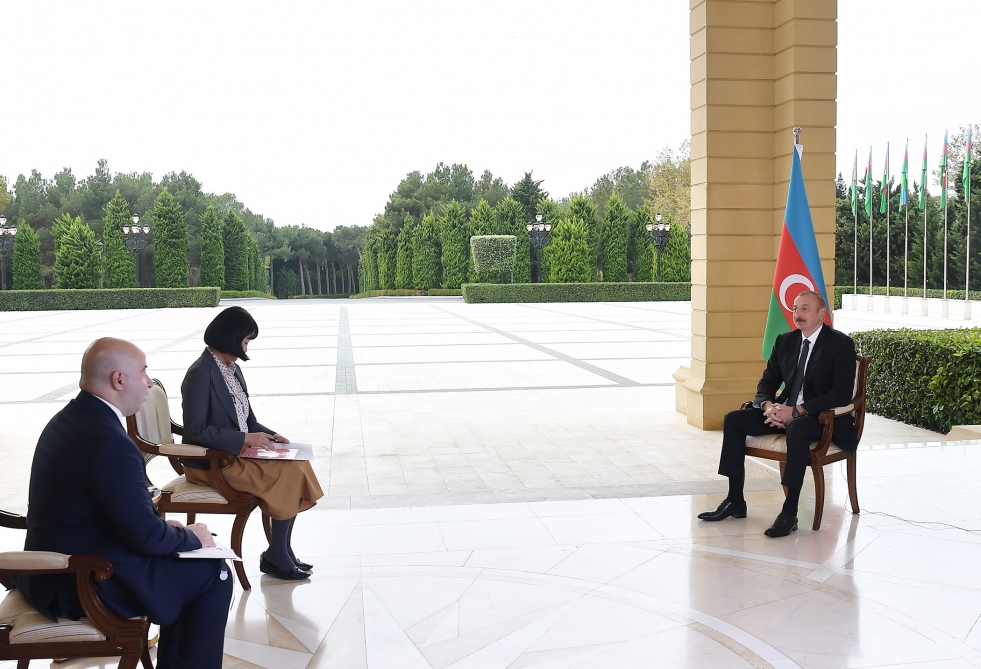 There will be no referendum, in Nagorno-Karabakh we will never agree on that. We did not agree on that during the time of negotiations and now, when we regained big part of the territory, it is out of question, President of the Republic of Azerbaijan Ilham Aliyev said in an interview to Japan’s Nikkei newspaper, Trend reports.

“With respect to self-determination, Armenian people have already self-determinated themselves. They have an independent Armenian state. Imagine what will happen if Armenians will self-determinate themselves anywhere where they live. How many small Armenias will be in the world? This is a counter-productive approach. Self-determination is an important factor of international law. But it should not violate the territorial integrity of Azerbaijan. There are different types of self-determination. There are different types of communities. And they could be cultural autonomy for instance. We see these examples in developed countries of Europe. Where there are certain rights of people in their municipalities, in their communities, as in any part of Azerbaijan of course, Armenians who live in Azerbaijan can have this form of communication. But never we will allow the creation of the second Armenian state on the territory of Azerbaijan. This is out of question. In other words, there will be no referendum, never,” the head of state said.