Traces and heritage of Azerbaijanis remained in Iravan (ANALYTICS) 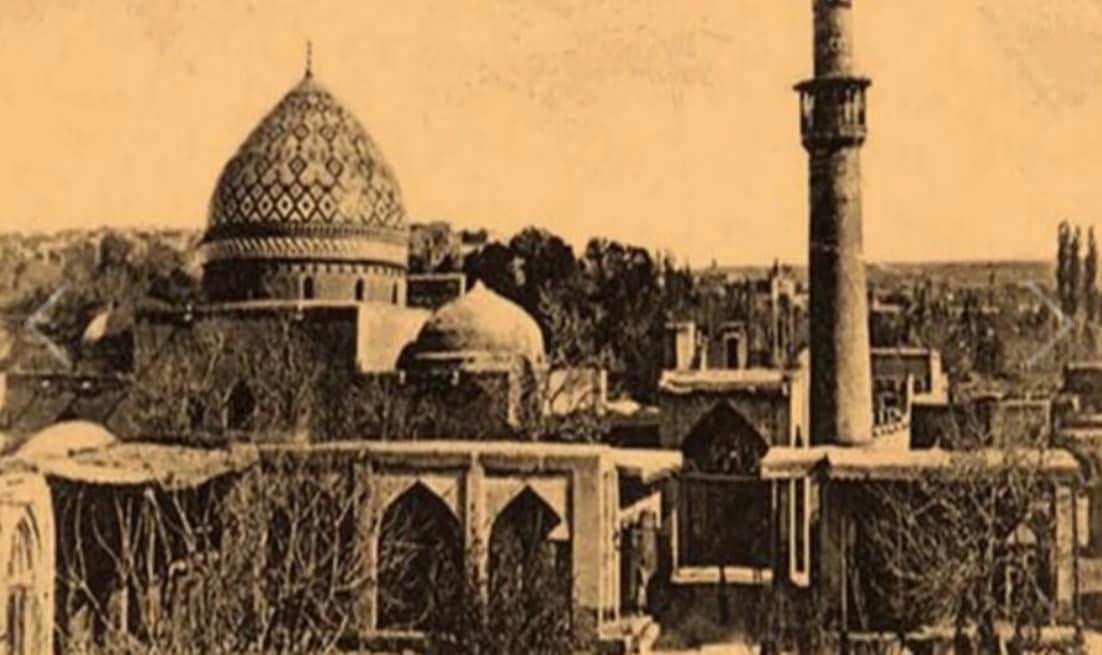 The city of Iravan consisted of 4 massifs: Gala (or Icheri shahar), Shahri (or Bayir shahar), Tepebashi (currently called Kond) and Demirbulag (currently called Karanki Tagh) massifs. Between the castle and other residential areas, there was a market square and gardens. The city quarter extended along the right bank of the Kirkhbulag (or Geder) river to the Iravan fortress. The central market of the city and all its squares, many caravanserais, and baths were located in this part. Tepebashi quarter was located on the hill between the Zangi river and the Shahri quarter. The Tepabaşı neighborhood was separated from the Shahri neighborhood by numerous gardens of Iravan's famous people. The famous Khan Baghi and Summer Pavilion belonging to Huseyngulu Khan were located on the right bank of the Zangi River. Demirbulag neighborhood was located southeast of Shahri neighborhood, east of the Iravan fortress.

At the beginning of the 19th century, there were 7 caravanserais in Iravan. There were 851 booths in Julfa, Gurju, Zarrabi Khan, Tahir, Sulu, Susuz, Haji Ali caravansaries.

There were 8 baths in Eastern architectural style in Iravan - Shaher, Zal Khan, Sheikhulislam, Mehdi Bey, Haji Beyim, Tepebashi, Haji Ali, Haji Fatali, Karim Bey baths. In the Zal Khan bathhouse complex, which was located in the place of "Respublika" square in the center of Iravan, special rooms were reserved for holding musical parties, along with an underground tea house.

There were 1473 gardens in Iravan  – the land of gardens and its surroundings, of which 772 were inside the city. The names of Sardar Bagh, Dalma, Abbasdaresi, Abuhayat, Keshagli, Kyzylgala, Dara Bagh, Savzikari, Khosrovabad, Soyudlu, Gul Darasi, Kankan, and Karpickhana gardens were spread far from Iravan. Some products of Iravan gardens were exported to Europe in dried form.

About 15 mosques and two Armenian churches are mentioned in the historical literature. The Blue Mosque (or Huseynali Khan), Tepebashi, Zal Khan (or Shaher), Sartib Khan, Haji Novruzali Bey, Castle Mosque (Sardar or Abbas Mirza), Demirbulag, Haji Jafar Bey, Rajab Pasha, Muhammad Sartib Khan, Haji Inam Mosques. Its minarets indicated from afar that Iravan was a Muslim city. In 1902, the "Memory Book of Iravan Governorate for 1902" was printed at the "Edelson" printing house of Iravan Governorate Statistics Committee. In the same book, it is stated that there are 310 mosques in Iravan governorate, of which 7 are in Iravan city.

At the end of 2001, improvement works were carried out around the tomb of Amir Saad at the expense of the funds of the Embassy of Turkmenistan in Armenia. The mausoleum of Emir Saad is currently included in the list of historical monuments protected in Armenia under the name "mausoleum belonging to the family of Turkmen emirs".

Among the travelers and explorers from Europe and Russia, Jean Tavernier, Jean Charden, James Morier, Ivan Chopin, Dubois de Montperre, Countess Praskovya Uvarova, Henry Lynch, Academician Nicholas Marr and others visited Iravan at different times and visited Khan Palace, its Hall of Mirrors, the Summer Pavilion, they described the mosques, caravansaries, swimming pools and baths in the castle and the city in their works.

The Sardar Palace was destroyed in 1914, and the 2x1 m portraits painted by Mirza Gadim Iravani on the walls of the palace in the second half of the 19th century were torn from the wall and handed over to the Military History Museum in Tbilisi.

In 1865, a merchant named Nerses Tahiryan bought a part of the territory of the Iravan fortress and built a winery there (now Cognac factory).

The famous Russian archaeologist Countess Praskofya Uvarova, who visited Iravan in 1880, compared the Sardar Mosque, located near the Khan's Palace, to a painting of Vereshshagi.

After the establishment of Soviet in Armenia, mosques were destroyed one after another by Armenian vandals or their purpose was changed. The Blue Mosque, the largest mosque in the South Caucasus, housed the History Museum of Iravan, and the Zal Khan Mosque was turned into an exhibition hall for artists. Only the Demirbulag mosque served its purpose until 1988, and now that mosque has been removed from the surface of the earth, and a high-rise building has been erected in its place.

Deliberate destruction of historical and architectural monuments belonging to Azerbaijanis in the territory of present-day Armenia, changing their ownership or appropriation is a gross violation of international humanitarian law, especially the 1949 Geneva Conventions, and the 1954 and 1970 UNESCO Conventions.

The position of the Armenians is that the monuments belonging to the Azerbaijanis existing in the territory of Iravan and which have survived to this day should be called "Persian", "Turkmen", "Mongol" monuments by falsifying the history, thereby covering up who the real owners of those monuments are.

The article focuses on the promotion of the idea of Azerbaijanism