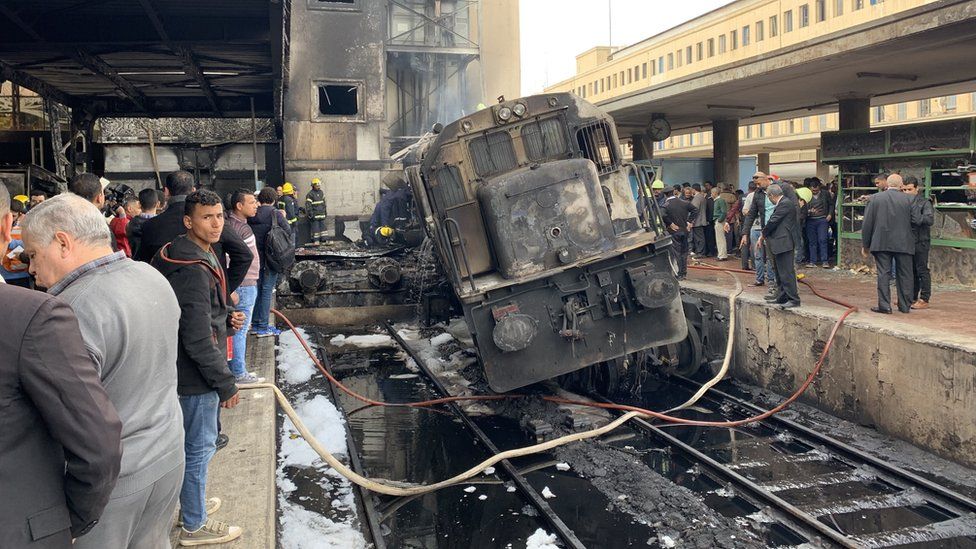 The ministry, in an updated toll, said that "11 people were killed and 98 others injured in a train accident in Toukh", a small farming town in the fertile Nile Delta about 40 kilometres (25 miles) outside the capital.

Egypt's cabinet said in a statement that four carriages of the train heading from Cairo to Mansoura, a Delta city, came off the tracks.

Dozens of ambulances were dispatched to the site, the health ministry added, and investigators have been sent to determine the accident's cause.

President Abdel-Fattah al-Sisi tasked the military's engineering authority on Sunday with investigating the latest incident, which came on the heels of a deadly train crash last month that left at least 20 people dead.

Authorities have not yet provided a reason for Sunday's derailment.

The ministry said 14 people who sustained minor injuries were released from a hospital close to the accident site.

At least 20 people died and 199 were injured last month in a train crash in the country's south, according to the latest official toll, which authorities have revised several times.