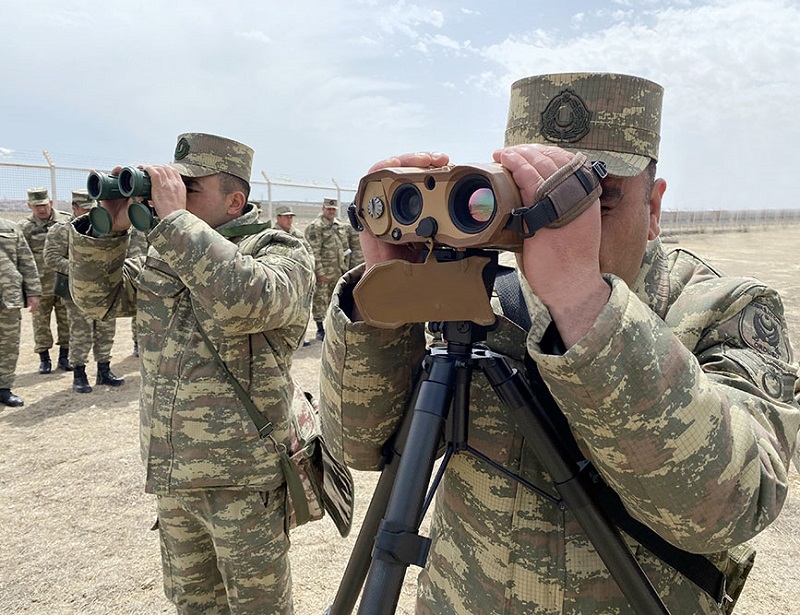 Training courses on forward observation are being held with the commanders of fire support groups in the Azerbaijani Army’s rocket and artillery units in line with the combat training plan for 2022 approved by the country’s defense minister, the Defense Ministry told News.Az.

Servicemen study the tactical and technical characteristics of modern artillery surveillance means available in the armament, and the rules for their use. Moreover, artillery scouts are improving their practical skills in detecting target coordinates using optical devices, and in firing control.

At the end of the theoretical classes, the artillerymen professionally fulfilled tasks on firing at the designated targets of an imaginary enemy.