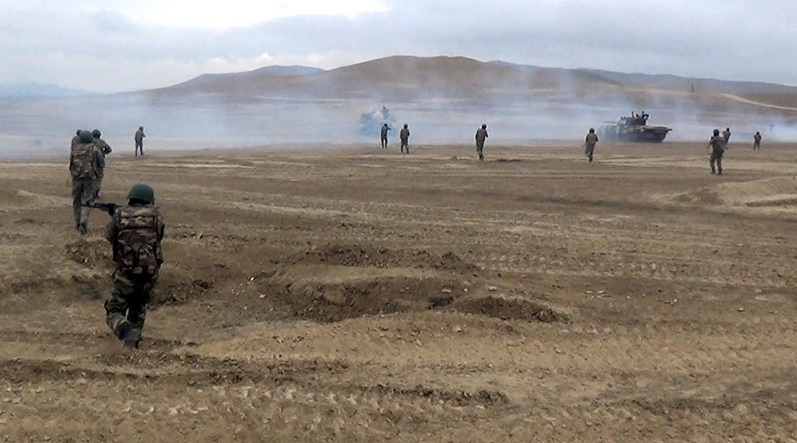 According to the plan approved by the Minister of Defense, the training sessions held in one of the military units with the involvement of a group of reservists have ended, News.Az reports citing Azerbaijan`s Ministry of Defense.

The main objective of the sessions is to get acquainted with modern weapons and military equipment in the Azerbaijan Army's armament, to teach the rules of their operation, methods of combat use, as well as to improve the combat and military skills of reservists, taking into account the experience gained in the Patriotic War.

The reservists involved in the sessions carried out practical shooting exercises with various caliber weapons.

Participants were taught the basics of offensive and defensive combat, as well as methods of conducting operations in interoperability with other types of troops. Together with the tank units, they carried out tasks on capturing imaginary enemy positions and reorganization in the area.

In accordance with the scenario of the training exercises, combat missions on searching the settlements and neutralizing the detected reconnaissance and sabotage groups were carried out .

All the tasks set in the exercises were successfully accomplished.

The sessions ended with a concert program.