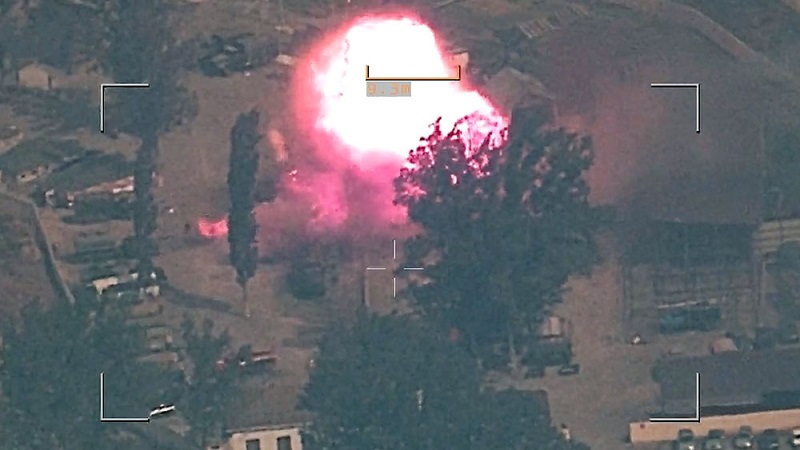 For its part, Azerbaijan’s Ministry of Foreign Affairs regarded the attempted provocation by illegal Armenian armed groups and the martyrdom of an Azerbaijani soldier as the reason for the “Revenge” operation.

Under the Trilateral Statement of 10 November 2020, Armenia is obliged to withdraw its armed forces from the territory of Azerbaijan. However, it did not happen. The fact that these armed groups have not yet been withdrawn does not mean that they are not illegal detachments. This fact, in turn, is testimony to their illegal presence on the territory of Azerbaijan. In a statement today, Armenian Prime Minister Nikol Pashinyan also admitted this fact.

Pashinyan claims: “Armenian troops (illegal Armenian armed detachments) are not withdrawn because Azerbaijan does not agree to grant a mandate to the Russian peacekeeping contingent and violated the terms of the November 10 statement. If Azerbaijan had fulfilled these terms, there would be no need for Armenian forces to stay.”

In other words, Pashinyan justifies the presence of Armenian militants in Karabakh by not the provisions of the November 10 statement, but by other conditions unreflected in the statement. The conditions put forward by Pashinyan are not envisaged in the statement, which contains a separate provision calling for the withdrawal of Armenian troops from the territory of Azerbaijan. As for Azerbaijan’s implementation of the November 10 statement, Baku clearly states Yerevan’s violation of certain provisions of the document, while Pashinyan fails to indicate any provision that Azerbaijan has breached.

According to Pashinyan’s logic, Armenian armed groups can continue to be present on the territory of Azerbaijan for the safety of Armenians living there, but Azerbaijan cannot take any measures for the safety of its citizens. Of course, this is unacceptable for any state.

The recent incident occurred around the Lachin corridor, the security of which, according to the Trilateral Statement of November 10, is ensured by the Azerbaijani side. Paragraph 6 of the Trilateral Statement declares that “the Republic of Azerbaijan shall guarantee the safety of citizens, vehicles, and goods traveling along the Lachin corridor in both directions.” In other words, the security of this corridor is guaranteed by Azerbaijan, and Azerbaijan is responsible for any possible problem related to security in this corridor.

Javid Valiyev, Head of the Foreign Policy Department of the Baku-based Center for the International Relations Analysis (AIR Center), special for News.Az