Turkey saves 46 irregular migrants pushed back by Greece in Aegean 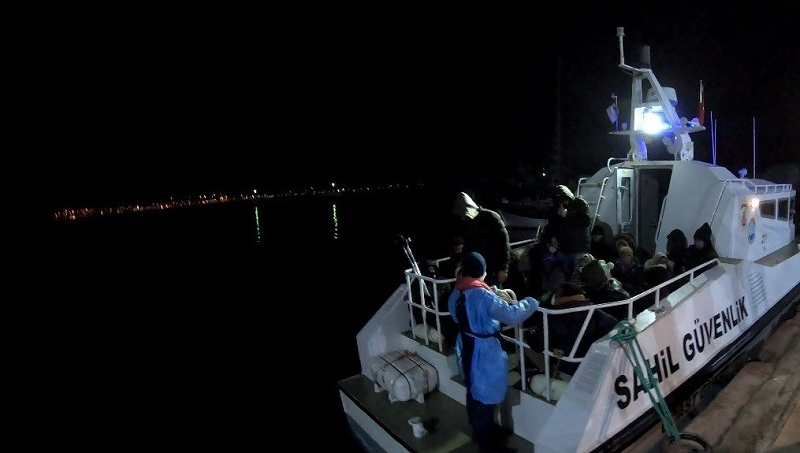 Coast guard units rescued 40 migrants and refugees from a rubber boat off the coast of Ayvalık in Turkey's northwestern Balıkesir province, said the source, who asked not to be named due to restrictions on speaking to the media.

Authorities brought the group to Cunda Island, where they were provided with food, clothing and medical supplies.

In another incident off the coast of Marmaris in Turkey's southwestern Muğla province, six migrants and refugees who were pushed back by the Greek Coast Guard into Turkish territorial waters in the Aegean Sea were rescued.

They were transferred to a local coast guard command, another source said on condition of anonymity due to restrictions on speaking to the media.

The asylum seekers were later transferred to the provincial repatriation center.

Separately, acting on a tip-off, the Turkish Coast Guard Command dispatched a boat off the coast of Bodrum in southwestern Muğla province after learning that an asylum seeker was stranded on a lifeboat, security sources said.

The asylum seeker was taken to the shore and later referred to the provincial migration office.