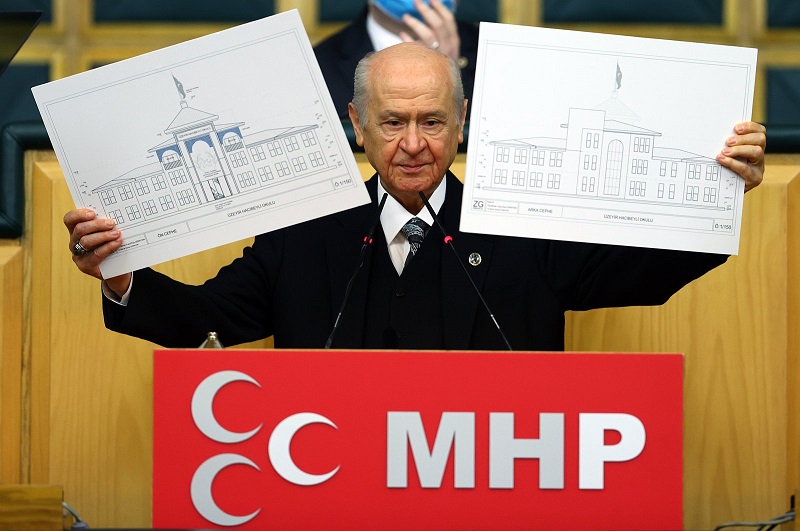 A delegation from the Nationalist Movement Party (MHP) will visit Azerbaijan Friday to determine a location to build a school in the city of Shusha that was liberated in November.

According to a statement by the MHP, Vice-Chairperson Mevlüt Karakaya, Ahmet Yiğit Yıldırım, chairperson of the Gray Wolves, a pan-Turkist organization which was established by MHP founder Alparslan Türkeş in late 1960, and former Isparta mayor and architect Yusuf Ziya Günaydın will first stop in the capital Baku to hold meetings for the project before heading to Shusha.

MHP Chairperson Devlet Bahçeli had announced the intent to build the school on Jan. 16 with a post on social media saying that the party would like to establish a school with nine classrooms if President Recep Tayyip Erdoğan allows.

Bahçeli had stated that the school could be named after Uzeyir Hajibeyov, the composer of the Azerbaijani national anthem who was born in Shusha.