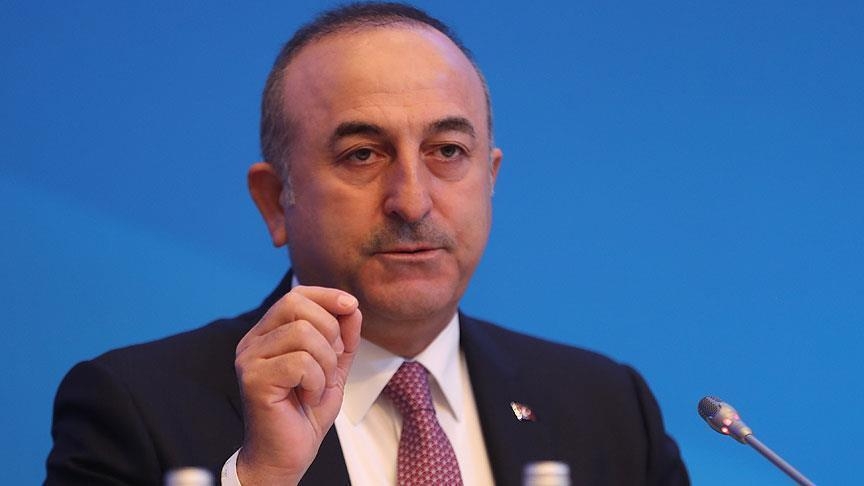 “We will not target the Dutch people, We, will not harm them. It is not their mistake,” Cavusoglu said in a live interview with CNN International’s Becky Anderson.

Ankara said earlier that the Netherlands would pay a price for its anti-democratic steps against Turkish ministers this weekend.

The Dutch government blocked both Cavusoglu and Turkish Family Minister Fatma Betul Sayan Kaya from holding rallies there Saturday: “The rhetoric and policies of the current liberal social democrat coalition government of the Netherlands are not different from [that of the far-right leader Geert] Wilders,” Cavusoglu said, adding their attitude to attract local voters in upcoming election later this week.

“And after the election, it doesn’t matter who wins, I think the supporters of Wilders will be happy.”

Ankara is weighing possible sanctions against the Dutch government as Cavusoglu said in an earlier remark that an official apology would not be enough for the normalization of the relations with Turkey.

“Of course, we will not violate the international rules and democratic standard, as they [the Dutch government] did. We respect international laws and standards,” Cavsuoglu said.

He added: “We will not target the Dutch people, We, will not harm them. It is not their mistake. Dutch people are friends of Turkey. We have been friends [with Dutch people] for 400 years. We celebrated 400th anniversary of the diplomatic relations with Dutch. So, we are not going to target Dutch people.”

He rejected the Dutch accusation that his flight permit was cancelled over security concerns.

“I found this word nonsense,” Cavusoglu said and continued, “There was no problem in the previous meeting, no security concern, nothing. But why this time…. Am I a threat?”

He stressed that the Turks living abroad are not been radicalized and they are not threat to their host countries.

“I asked this questions to many foreign ministers: ‘Is there any single Turk living there is radicalized or are terrorists?’ They said ‘no’.”

“So, what is the security problem there? They even don’t give me any details about that. I am the foreign minister of Turkey,” said Cavusoglu.