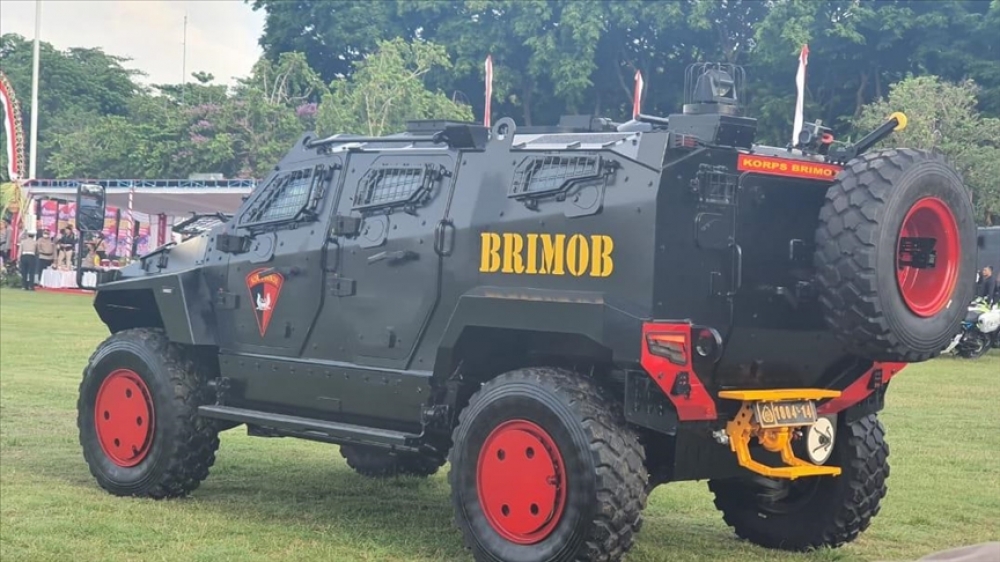 High-level security measures were taken to protect the summit, where a host of world leaders gathered. The Yoruk 4x4, produced by Nurol Makina, a Turkish military industry maker of armored land vehicles, performed its maiden assignment in Indonesia while getting ready to join the inventory of the Indonesian security forces.

As part of security measures at the summit, Brimob, the elite special operations and tactical unit of the Indonesian security forces utilized the Yoruk 4X4.

Brimob is outfitted with advanced tools and equipment to help them tackle high-risk assignments. Birmob is expected to get Yoruk 4x4 vehicles in the near future, which stand out with their higher speed and superior protection compared to other vehicles in the sector.

The Yoruk 4x4, which was delivered to Indonesia in June, was recently tested by the country's security forces. The vehicle was also used in a demonstration by Indonesian security forces at this month's Indo Defense Expo & Forum 2022 in Jakarta.

For the expo, Nurol Makina signed a memorandum of understanding with PT Jala, an Indonesian defense firm, under which the Yoruk will be co-produced in Indonesia through technology transfer.

The vehicle, which has a maximum cruise speed of 140 kilometers per hour (87 miles per hour) and can transport big loads, can be outfitted with weapon systems such as 7.62 and 12.7 mm machine guns, 40 mm grenade launchers, and air and anti-tank weaponry.

With a weight of eight tons and a large payload capacity, the vehicle can transport up to 11 people.

First displayed at the 2017 International Defense Industry Fair (IDEF) in the Turkish commercial capital Istanbul, it drew the attention of many countries and got orders while still in the design phase.