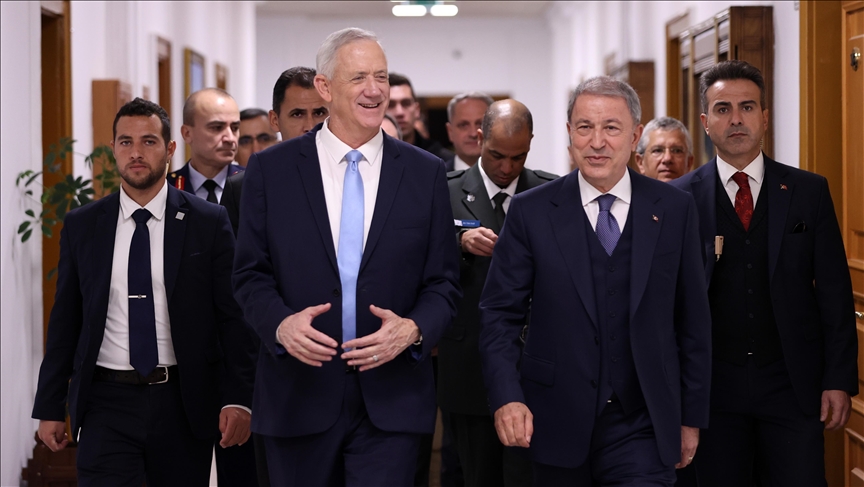 Akar and Gantz first held a one-on-one meeting, which then continued with the participation of delegations from the two countries.

Gantz's visit to Türkiye is the first by an Israeli defense minister in over a decade.

Türkiye and Israel have been taking steps to normalize their strained relations for the past two years, and in August, the countries agreed to restore full diplomatic ties and reappoint ambassadors and consuls general after a four-year hiatus.