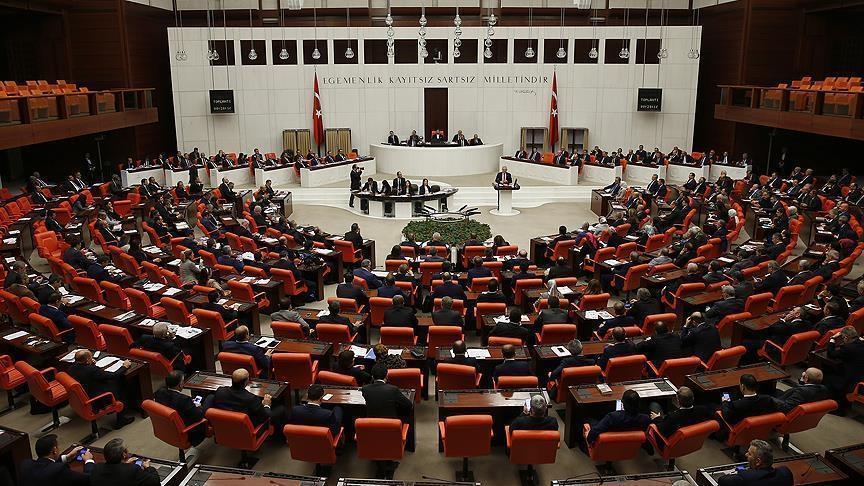 Censure is currently defined as a way of parliamentary scrutiny concerning the general policy of the Council of Ministers or the policies and applications a minister follows in his or her ministry. It is an effective way of scrutinizing the government, which may result in the removal of the government, its minister or the Prime Minister upon a motion of no-confidence or a motion of confidence requested by the Council of Ministers at the end of debates.

According to the adopted article, the parliament would also use its authority to obtain and monitor information through parliamentary inquiries, general consultations and written questions.

The written questions shall be answered within 15 days as the lawmakers would ask questions to the ministers as well as the vice presidents.

No-confidence right and supervisory authority have been removed by the approval of Article 6.

Thursday marks the fourth day since the debate on the constitutional reforms began in the parliament.

In the latest articles to be passed, the text of Article 9 of the constitution -- "judicial power shall be exercised by independent courts on behalf of the Turkish Nation" -- was changed to read "independent and impartial courts". Another article increased the number of lawmakers from 550 to 600 to reflect the country's burgeoning population.

A third article lowers the minimum age of parliamentary candidates from 25 to 18 and prohibits individuals from running if they have any connection to the military.

A fourth article says parliamentary and presidential elections -- each for five-year terms -- will be held on the same day.

The fifth, which outlines parliament's responsibilities, ends its authorization to question ministers and cabinet members.

Twelve more amendments proposed by the AK Party will be voted in parliament.

The parliamentary process will likely be followed by a referendum in which the option of replacing Turkey’s parliamentary system with a presidential model will be put to the electorate.

President Recep Tayyip Erdogan and his supporters have argued that Turkey needs a strong presidency to avoid weak governance and allow the country to successfully tackle a number of challenges, including terror attacks from Daesh, the PKK and the Fetullah Terrorist Organization (FETO).

Opponents claim it will weaken democratic checks and lead to increased authoritarianism.

To reach a referendum, the proposed changes must first be passed by 330 deputies. If it gets the support of 367 lawmakers it could pass into law without a referendum, although the AK Party said it would hold a popular vote regardless.

A simple majority must agree to the changes in a referendum.

The AK Party has 316 seats and Erdogan hopes the support of the opposition Nationalist Movement Party (MHP), which has 39 seats and last month agreed to back the package, will be enough to secure a referendum.

Other parties -- the Republican People's Party (CHP), with 133 seats, and the Peoples’ Democratic Party (HDP), with 59 deputies -- remain opposed to a presidential system. Two independent deputies are split over support for the amendments.

Among the changes are plans for an elected president to form a government independently of parliament and for the role of prime minister -- typically the person leading the largest parliamentary party -- to be abandoned.

Parliamentary and presidential elections would be held on the same day every five years, instead of the current four for the parliamentary vote.

The president would be limited to two terms in office but would not be required to leave his or her political party.

When elected to the presidency in August 2014, Erdogan had to resign as AK Party leader due to the supposedly apolitical nature of the post.

In the judiciary, the Constitutional Court, Turkey’s highest court for constitutional affairs, would be reduced to 15 members for its current 17, while the justice minister would be added to the Supreme Council of Judges and Public Prosecutors, which deals with judicial and prosecution appointments.