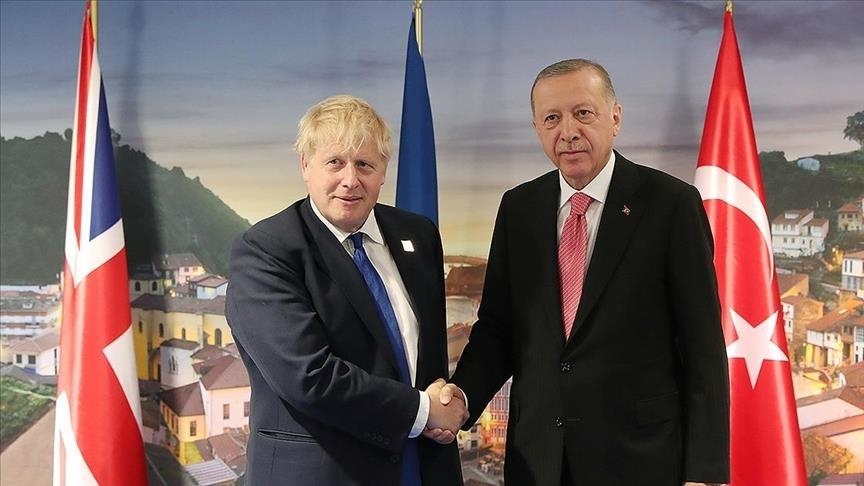 Erdogan said he established "close dialogue" with Johnson during his tenure and developed relations between Ankara and London based on mutual respect and understanding, Türkiye's Communications Directorate said in a statement.

The president expressed his belief that relations with the UK -- strategic partner and close ally of Türkiye -- will deepen and develop in all areas with the same common sense and foresight in the future, it added.

The new leader of the Conservative Party, who will also become the prime minister, will be announced on Sept. 5.

Queen Elizabeth II will receive the UK’s new prime minister in Balmoral estate in Scotland for the first time during her long reign, on Sep. 6.

The queen will receive Johnson first as he will hand over his official resignation and then host either Liz Truss or Rishi Sunak, the two contenders for Conservative Party leadership.

Johnson, for his part, congratulated Erdogan on Türkiye’s "indispensable global leadership," most recently in helping to end Russia’s grain blockade in Ukraine, according to a statement by Downing Street.

He also emphasized the importance of continuing to support Ukraine, including by maintaining economic sanctions on Russia.

"They welcomed increased UK-Türkiye trade and hoped to expand our existing free trade agreement to build on the growing economic momentum. The leaders also discussed exciting new opportunities to increase collaboration in defense technology and nuclear power," it added.

Johnson and Erdogan wished each other the best for the future and agreed that the relationship between the UK and Türkiye would continue to go from strength to strength.