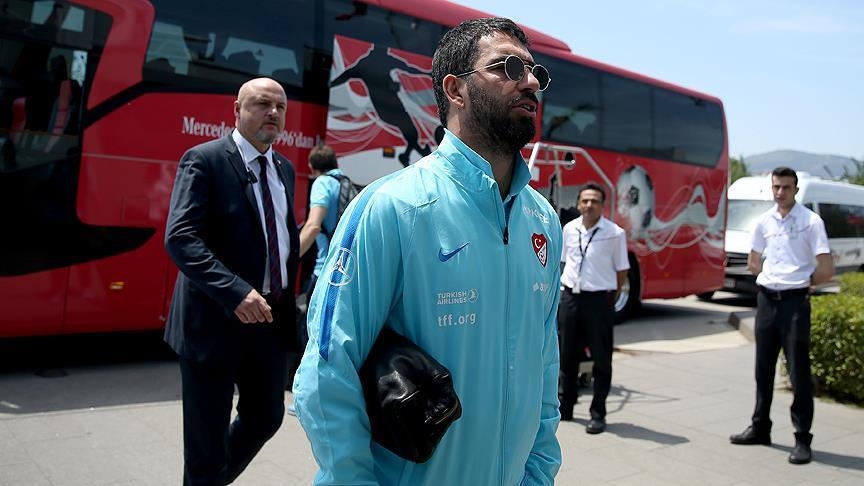 Turkish star midfielder Arda Turan on Tuesday announced his retirement from international football in the wake of his assault on a journalist, Anadolu agency reports.

"I am ready to pay the price for what I have done in my life and I will. I am doing what is necessary and I am ending my national team career," said Turan, 30, in Slovenia, where the Turkish National Football Team had been preparing for a World Cup qualifier.

Turan's announcement followed his assault on Turkish sports journalist Bilal Mese on the plane returning from a national team match in Macedonia on Monday night.

Several Turkish journalists left the hall when Turan entered to make his announcement.

The Turkish star added that he was trying to be a good and honorable man rather than a good player and thanked the public, his teammates, and family for their support.

After beginning his career with Turkish Super Lig giants Galatasaray, Turan moved to Barcelona in July 2015.

Barca signed him from Spanish club Atletico Madrid for €34 million ($38.3 million), making him Turkey’s most valuable player of all time.

Considered a key player for Turkey, Turan scored 16 goals and produced 25 assists in 97 matches for his country.