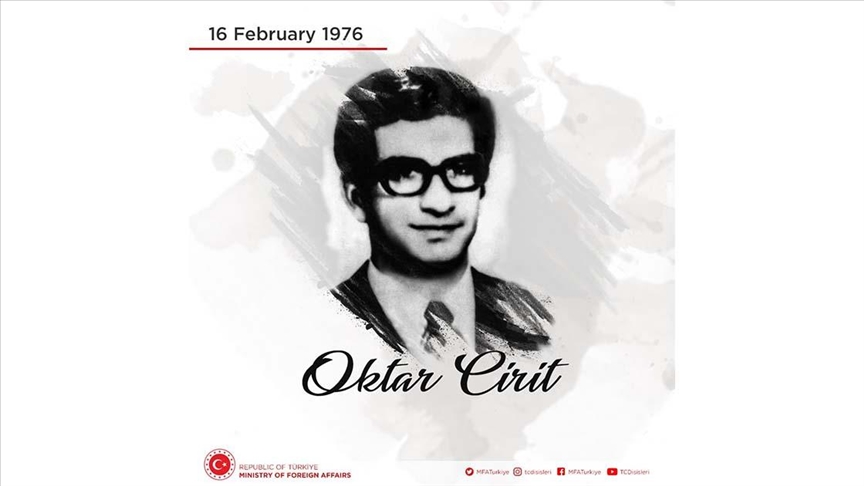 Turkiye on Wednesday remembered its diplomat assassinated by an Armenian terror group in 1976.

“We remember with respect our martyr Oktar Cirit, First Secretary of our Embassy in Lebanon, assassinated in a heinous attack by the Armenian terrorist organization ASALA in Beirut on 16 February 1976,” the Turkish Foreign Ministry said on Twitter.

Cirit was shot in his back with a suppressed gun while he was in Beirut. Assassins ran away with his vehicle. Armenian Secret Army for the Liberation of Armenia (ASALA) claimed responsibility for the attack.

According to data compiled by Anadolu Agency, a total of 77 people -- 58 of them Turkish citizens, including 31 diplomats and members of their families -- were killed in attacks from 1973 to 1986 carried out by terrorist groups: ASALA, Justice Commandos of the "Armenian Genocide" (JCAG), and the Armenian Revolutionary Army (ARA).