UN nuclear agency reports no progress in talks with Iran 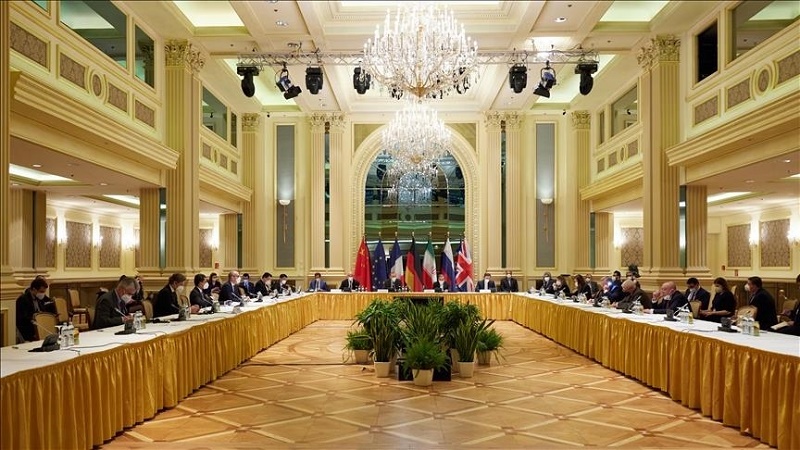 The head of the UN's nuclear watchdog said on Wednesday that the agency was unable to reach an agreement with Iran in recent talks on its role in monitoring the country's atomic program, Anadolu Agency reports.

Speaking at a press conference at the headquarters of the International Atomic Energy Agency in Vienna, Director General Rafael Grossi said the talks in the Iranian capital Tehran had been inconclusive.

Grossi, whose remarks came after the quarterly meeting of the agency's board, said that though he had tried to address the constraints placed on inspections in Iran after Feb. 23, major problems remain on the presence of undeclared nuclear material at certain sites in Iran and the treatment of IAEA staff in the country.

Iran halted its compliance with the terms of its 2015 nuclear deal, known officially as the Joint Comprehensive Plan of Action (JCPOA), with the US, Russia, China, Britain, France, and Germany.

Grossi asserted that IAEA inspectors continued to encounter problems on the maintenance and renewal of equipment used to verify and monitor Iran's nuclear sites.

Expressing concern that the flow of information from country could soon come to a halt, Grossi called Iran to take immediate steps to comply with the international security regulations and apply security procedures in line with its legal obligations concerning the privileges and immunities of the agency's inspectors.

The dispute between Iran and the UN nuclear watchdog has been brewing after a recent IAEA report noted a significant increase in the country's stockpile of highly enriched uranium.

The IAEA report quoted Grossi expressing "deep concern" over the presence of nuclear material at three undisclosed locations in the country, which it said are not known to the agency.

In response, Iran's acting representative to Vienna called on the body's member states to avoid issuing "hasty or politically-motivated statements" on Iran's cooperation with the UN nuclear agency.