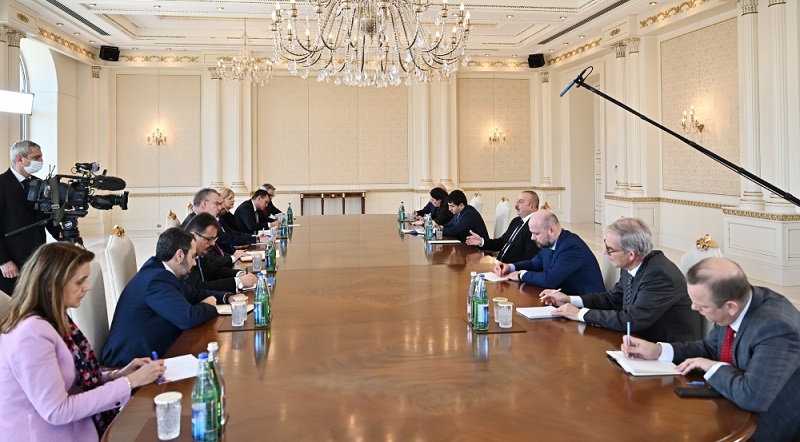 “We offered a kind of framework that famous five principles, it was us who advocated for establishing a commissions on delimitation, it was us who was trying to find a ground for normalization of relations. Armenia was very reluctant in the first phases of the process. Now, they talk about peace. But what do they mean by peace? We do not actually understand,” said President of the Republic of Azerbaijan Ilham Aliyev as he received a delegation, led by Special Envoy of the European Union for the Eastern Partnership Dirk Schuebel, News.Az reports.

“Our position is very clear. It has been articulated many times publicly and also in my contacts with the leaders of European Commission, United States, Russia, the countries which have been involved in the process of normalization that we need to have two tracks- Armenian-Azerbaijani normalization process and also issues related to Armenian minority in Azerbaijan, in Karabakh with respect to their rights and security,” the head of state added.