US ambassador to Azerbaijan comments on his possible recalling 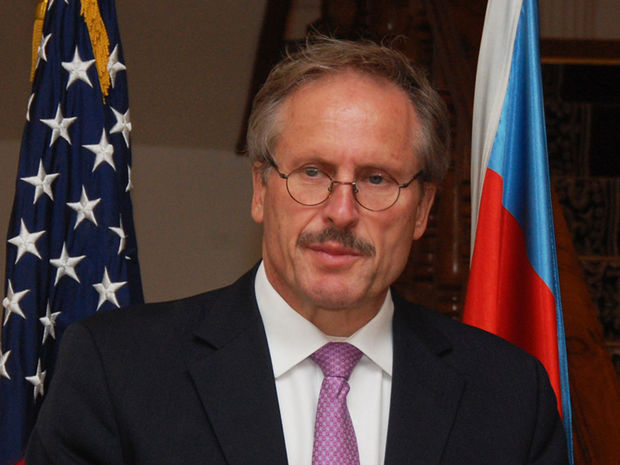 US Ambassador to Azerbaijan Robert Cekuta said on Tuesday that he will continue to serve as long as President Donald Trump wants him to.

“I serve with the president’s pleasure. We’re in the first place representatives of the US president. So, if Mr Trump keeps me, then I’ll stay,” Cekuta told APA on Tuesday.

Robert Cekuta took the office as US Ambassador to Azerbaijan in February 2015.

On 5 January 2017, the New York Times published an article concerning a State Department cable sent to diplomats on 23 December 2016 by President-elect Donald Trump's transition team, informing them that they were to leave their posts prior to Inauguration Day "without exception".

US President-elect Donald Trump will take office on January 20.