We liberated our lands on time, stopped war on time and achieved historic victory - Azerbaijani president 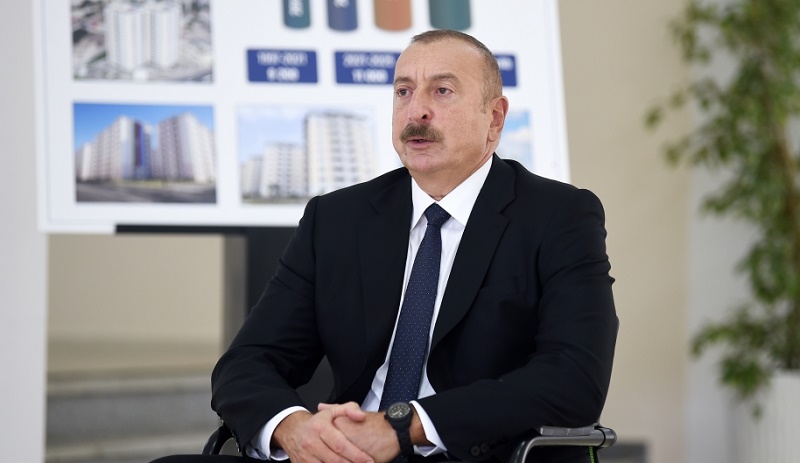 We did everything on time, at the right time. We liberated our lands on time, stopped the war on time and achieved a historic victory, President of the Republic of Azerbaijan Ilham Aliyev said attending a ceremony to give out apartments and cars to families of martyrs, war disabled and heroes of the Patriotic War in Absheron district.

“The Second Karabakh War will go down in history forever. There has never been such a bright and complete victory in the centuries-old history of the Azerbaijani people. We have liberated more than 300 cities, villages and settlements from the occupiers on the battlefield. We have forced the occupiers to sign an act of capitulation and leave other regions of its own free will. However, from the first days of the war, I said that the Armenian leadership must provide us with a timetable of when they would leave our lands, and we are ready to stop the war. And this is what happened. On 9 November, Armenia was ready to sign an act of capitulation. The date of return of Aghdam, Kalbajar and Lachin districts to us was determined. In the early hours of 10 November, Armenia signed an act of capitulation and the war ended. The cessation of the war by us was also a completely reasonable step. Because if the war had continued, first of all, we would have had more losses. If the war had continued, the liberation of Kalbajar and Lachin districts would have faced certain difficulties. Because the climate of that region, the mountains could be a problem for us. And that winter was beginning. At the same time, Azerbaijan was waging war according to the laws of warfare. Unlike Armenians, we did not commit war crimes or pursue a policy of ethnic cleansing. This once again shows the greatness of our people, the wisdom of our policy. This is why we did everything on time, at the right time. We liberated our lands on time, stopped the war on time and achieved a historic victory.

As I said a few days ago, we have shattered all the Armenians myths. Today, Armenia openly admits that it cannot provide for its own security, protect its borders and live at its own expense. Under such circumstances, there can be no talk of independence. It is completely unfounded to call Armenia an independent country. Because the absolute majority of the features of an independent country are not present in the Armenian state. The reason is their policy of aggression. If they had heeded my words and vacated our lands on time, they would not have been in such a disgraceful situation. As a result, they still had to follow my words. I said that they should get out of our lands. They did get out of there. As a result, what I said proved right, but they only lost time. Everyone can see what state Armenia is in today. Of course, they will experience the shock of the bitter defeat for many years to come. From now on, we will live as a victorious country, a victorious people. We will live with pride. We will build our own future and restore the liberated lands. We will always cherish the memory of our martyrs in our hearts,” the head of state said.