Will the financial support to Armenia under the Eastern Partnership change the real situation? – OPINION 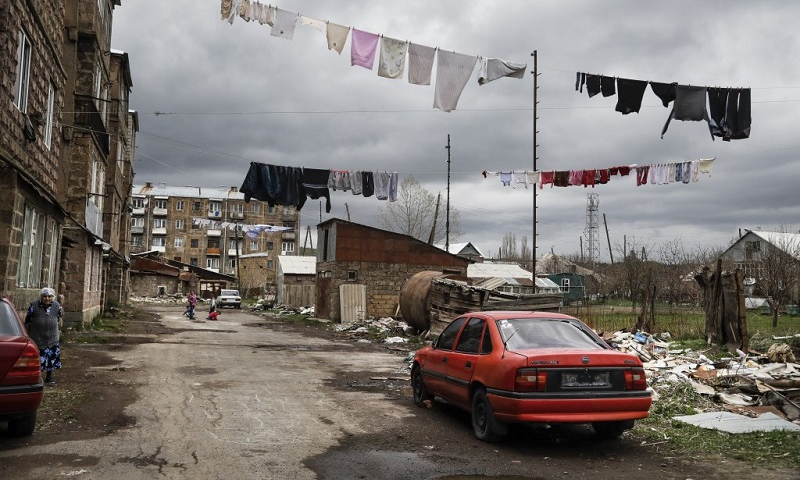 A few days ago, the European Union released a working paper outlining the priorities of the Eastern Partnership for the coming years (Joint Staff Working Document - Recovery, resilience and reform: post 2020 Eastern Partnership priorities). The aforementioned document outlines the main directions according to which it’s planned that Azerbaijan, Belarus, Armenia, Georgia, Moldova and Ukraine, included in the Eastern Partnership program of the European Union, will obtain financial support from the European Union over the next five years. First of all, it’s worth noting that the sections of the document regarding Azerbaijan and Armenia explicitly state the readiness of the European Union to support the post-war recovery, demining and peacebuilding process. It is no coincidence that Romanian Foreign Minister Bogdan Aurescu, Austrian Foreign Minister Alexander Schallenberg, Lithuanian Foreign Minister Gabrielius Landsbergis and a delegation of EU who paid a visit to Azerbaijan last month under the mandate of EU High Representative for Foreign Affairs and Security Policy Josep Borrell, also emphasized that the EU intends to strengthen its efforts in order to work more closely with the region and, if the parties agree, engage in post-conflict development processes. Official Baku appreciates any involvement which serves the cause of peace, reconciliation, development and cooperation in the South Caucasus. The European Union is no exception in this process.

The headlines specified in the section regarding Armenia and the analysis of the total amount of planned financial support reveal curious data. Thus, over the next five years, the largest financial support among the countries of the South Caucasus amounting up to 1.6 billion euros in the form of blended loans and grants is planned to be allocated to Armenia. Among the five flagship areas is the development of transport infrastructure on Armenia's North-South highway under the Indicative TEN-T Investment Action Plan, prepared jointly by the World Bank and Eastern Partnership countries, including civil society. The project aims to improve transport connections between the countries of the Eastern Partnership, including the European Union. To this end, a total of 600 million euros will be allocated for the construction of infrastructure and logistics on the North-South highway in Armenia, as well as for the construction of a tunnel on the unfinished section of the Sisian-Gajaran road. Another flagship initiative is supporting the development of micro, small and medium enterprises in Armenia (mainly in the regions) and strengthening the socio-economic development of the southern regions of the country (Syunik-Zangezur), which is regarded as a priority for the government. According to the working paper, given the underdevelopment of the Syunik region, as well as the influx of refugees after the last war, the European Union will invest in the region in order to strengthen its sustainability as well as boost sustainable socio-economic development. The project is intended to provide support to small and medium-sized businesses, including housing, infrastructure, education, agriculture and health care sphere. Thus, the European Union plans to allocate a total of 1.180 billion euros to improve the transport infrastructure along the North-South highway in Armenia, boost small and medium businesses in the country and strengthen the socio-economic situation in the southern part of the country. It has to be pointed out that the amount of support to be provided in all three flagship directions is approximately 74% of the total amount of funding allocated to Armenia. On the other hand, it doesn't mean direct financial aid from European Union to Armenia due to the fact that this process may lead to Armenia's falling into debt in the future.

It would be more appropriate for the European Union, which seeks to strengthen Armenia's socio-economic development and its regional transport connections with financial support, to try to address the underlying causes of Yerevan’s undesirable situation. Armenia's decades-long occupation of Azerbaijani territories, as well as its territorial claims against the Republic of Turkey, has led to the isolation of the country and deprived it of regional projects. For years, the Armenian state has received donations from the diaspora and other countries, as well as external sources, nevertheless, this process has not created any value in the country's economy. “Foreign donations” to be allocated within the framework of the European Union's Eastern Partnership project over the next five years are not capable of changing the overall picture of Armenia's economy. According to data published by the World Bank, the official unemployment rate in Armenia in 2020 (which has increased during the years of independence) is 20.21%, and the poverty rate among the population is estimated to have exceeded 51%. According to the Central Bank of Armenia, the country's foreign debt will reach 70% of GDP by the end of this year. Along with figures reflecting the deplorable socio-economic situation, the rate of migration of the Armenian population to foreign countries is also increasing. According to the State Statistics Committee of Armenia, in January-May 2021 the negative balance of passenger flow approximated 90.000 for the first time in the last 25 years. In order to prevent the deplorable socio-economic situation in Armenia from developing according to the aforementioned pessimistic scenario, first of all, it is essential for Armenia to normalize its relations with Azerbaijan and establish communication between these two countries. It is the integration of Armenia's transport network and economy into the region that will lead to the improvement of the country's financial and economic situation, as well as the development of the southern regions, which are of strategic importance to Armenia. On the other hand, it is worth noting the corruption scandals that have occurred in recent years in connection with the construction of the North-South highway in Armenia. In 2018, the Prosecutor General's Office of Armenia opened a criminal case over the corruption of several government officials during the construction of the North-South Transport Corridor in 2009-2018. As a result of illegal actions, the construction of the North-South Transport Corridor was not completed and the Armenian state suffered material damage amounting up to more than 48 million USD. It is to be noted that the Armenian government and Asian Development Bank, which was involved in the financing of the project, had disagreements at certain times. Therefore, it is essential that the European Union and its financial institutions take these facts into account in their possible future relations with Armenia. In order for EU funding to be sustainable over the next five years, it’s essential for Brussels to urge Armenia to normalize relations with Azerbaijan and explicitly assert the geopolitical reality. It is desirable for the EU to play its part in the process which will serve to pave the way for peace and security in the region by official Baku.