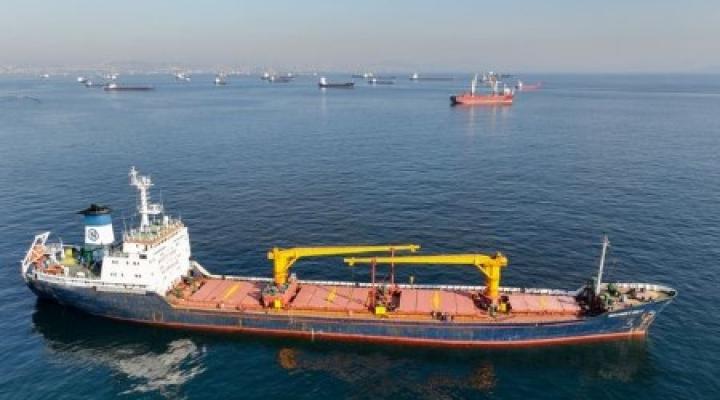 A long-term defence is needed for Ukraine's grain export corridor and the world must respond firmly to any Russian attempts to disrupt it, President Volodymyr Zelenskiy said, as more ships were loading despite Moscow suspending its participation in a U.N.-brokered deal, News.az reports citing UNIAN.

Russia had withdrawn from the accord over the weekend, saying it could not guarantee safety for civilian ships because of an attack on its Black Sea fleet.

In a late Tuesday night video address, Zelenskiy said ships were moving out of Ukrainian ports with cargoes thanks to the work of Turkey and the United Nations, the two main brokers of the July 22 grain export agreement.

"But a reliable and long-term defence is needed for the grain corridor," Zelenskiy said.

"Russia must clearly be made aware that it will receive a tough response from the world to any steps to disrupt our food exports," Zelenskiy said. "At issue here clearly are the lives of tens of millions of people."