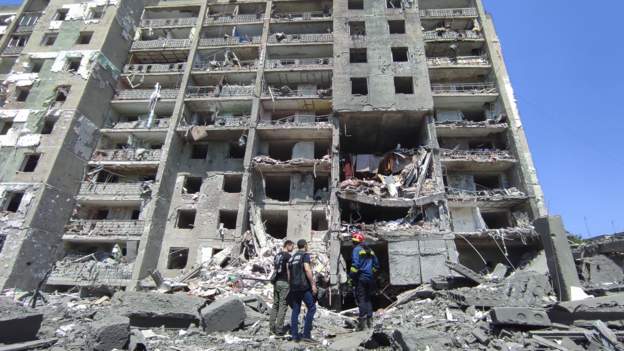 The death toll from Russian missiles strikes on Ukraine's southern Odesa region has risen to 21, after an apartment block in the village of Serhiyivka and a nearby holiday resort were struck overnight, News.az reports citing Ukrinform.

Ukrainian President Volodymyr Zelensky has called the series of missile strikes a deliberate "act of terror" by Russia, adding that "this was not a random strike as Russian media try to present it".

"This was a targeted missile strike, an act of terror committed by Russia, let us put it bluntly, against our towns and villages, against our people, adults and kids," Zelensky said.

According to the state emergency service, 21 people were killed, including one child, and 39 wounded in a missile strike in the village of Serhiyivka.

Earlier, Zelensky said that the attack on Odesa reinforced Ukraine's urgency to join the European Union and called for a speedier membership process.