Analysis: Historic chance for a peaceful settlement might be lost 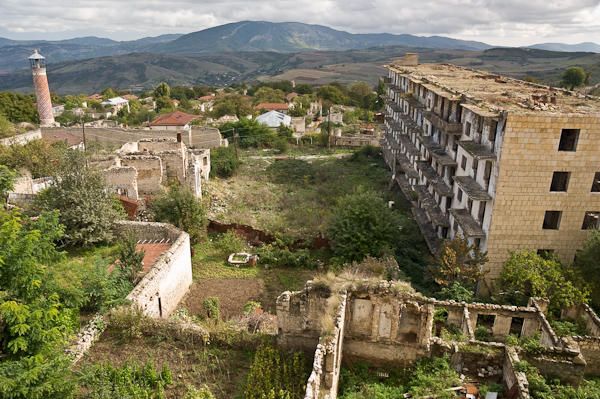 By Vasif Huseynov, expert of the Center of Analysis of International Relations (AIR Center) special for News.Az

A number of lessons can be drawn from the post-Soviet history of Armenia – Azerbaijan conflict and the OSCE-mediated resolution process. At least one of them should be always borne in mind both by the regional people engaged in the conflict and other involved international actors. This is about the nature of the ceasefire established in May 1994. The agreement signed then through the mediation of the Russian leaders did not resolve the problem and built a vulnerable stability in the region which preserves the potential to spiral into a full-scale war all of a sudden.

The truce, however, paved the way for negotiations to reach a peaceful settlement. This offered a historic chance to avoid the reoccurrence of the bloodshed on both sides and end the longstanding disputes between the two nations. The widely accepted failure of the negotiations and the growing disinterest of the Armenian leaders in this process, however, demonstrate that this chance might have been taken for granted.

The illegal elections in the occupied territories of Azerbaijan and the inauguration of the so-called newly-elected leader of the Nagorno-Karabakh region in a city of exclusive moral importance for Azerbaijani people, Shusha, dealt one of the strongest blows to internationally-mediated peace and confidence building efforts and dashed hopes for any peaceful resolution. This, on the one hand, lent more weight to the narratives of hardliners, on the other hand, invalidated those of liberal-minded anti-war peace-loving activists in Azerbaijan.

Outraged by these provocations Azerbaijani people called upon the government to take more decisive measures and launch a war to liberate the occupied territories. The disillusionment with the OSCE’s Minsk Group, the international body established to coordinate the negotiations between Armenia and Azerbaijan, and the popular indignation caused by Armenia’s provoking political games are alarmingly growing in the society.

The Azerbaijani government continues to demonstrate goodwill towards the peaceful resolution of the conflict and calls for substantive negotiations to make it possible. Nevertheless, Baku has never ruled out the military option to liberate the country’s occupied territories and restore its internationally-recognized territorial integrity. This is the reason why since the establishment of truce in 1994, Azerbaijan has spent a significant part of its wealth on the military build-up and keeps its army on the alert for a sudden provocation.

Importantly, Armenia’s attempts to legitimize the occupation of Azerbaijani territories have started to be more vociferously condemned by the international community. The international reactions to the illegal elections for the executive and legislative bodies of the puppet structure Armenia established in this region signify growing support to Azerbaijan’s territorial integrity and its rightful quest to restore this.

The EU declared that it “does not recognize the constitutional and legal framework in which the so-called presidential and parliamentary elections are held”, adding that “This event will have no effect on future determination of the status of Nagorno-Karabakh or the outcome of the ongoing negotiation process.”

This unequivocal international reaction rejected Armenia’s attempts to legitimize the occupation by simulating democracy and playing the card of liberal values and self-determination. This also preserved a glimmer of hope that it would be still possible to resolve the conflict peacefully thanks to international support to Azerbaijan’s legally-underpinned demands for the restoration of its territorial integrity. It is, nevertheless, important to note that, negotiations will not be held forever, and the worst-case scenario might turn out to be unavoidable if this process delivers no tangible results.