Armenia seen that, whole world seen that, no one has been able to stop us - President Aliyev 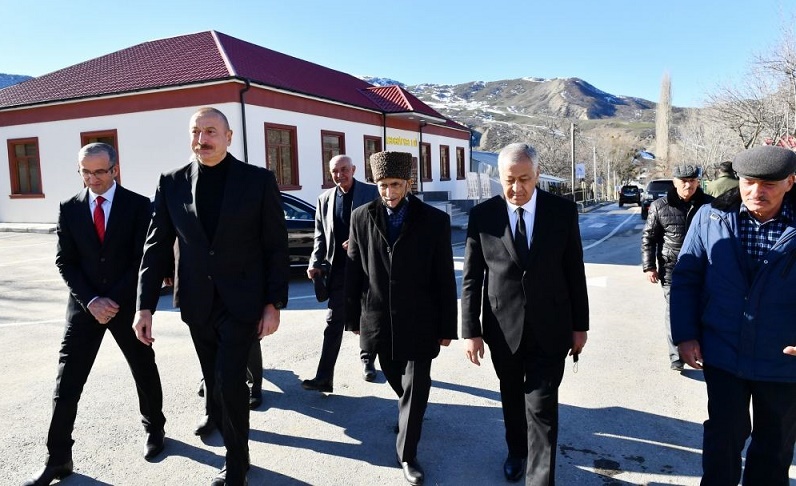 Armenia has seen that. The whole world has seen that. No one has been able to stop us, President of the Republic of Azerbaijan Ilham Aliyev said during the meeting with residents of Gonagkand settlement.

"Armenia has seen that. The whole world has seen that. No one has been able to stop us. There were those who wanted to stop us during the war, there were fairly strong circles, but they could not stop us. I said that they should give us a timetable of when they would vacate our lands, and we were ready to stop the war. I say the same thing today. I tell them to give us a date of when the Zangezur corridor will be opened, and there will be no problem in this case. Therefore, I think that both the Armenian leadership and the Armenian public must understand this. We have achieved what we wanted, and we will do that again. It would be better if this issue were resolved constructively through negotiations and mutual understanding. Because the second Karabakh war showed the resolve, strength and unity of our people to the whole world. On my way here I saw pictures of our martyrs. This is the case everywhere – I have been visiting the Karabakh region a lot recently – pictures of our martyrs are posted in the villages. In other words, this victory has been won by the entire Azerbaijani people," the head of state said.