At least 23 killed in bus crashes in western Turkey 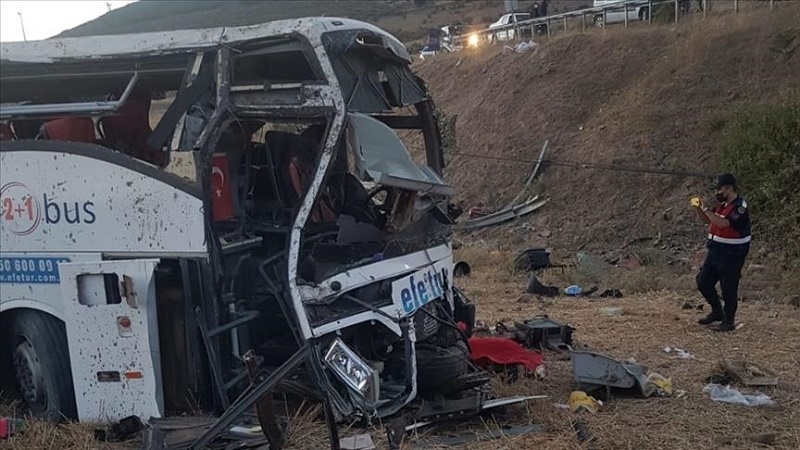 Eight people died and 11 others were injured in Izmir province when a passenger bus veered off an embankment and plunged to the ground in Kemalpasa district, Izmir Governor Yavuz Selim Kosger said on Twitter.

The crash happened after the bus driver lost control of the wheel, Anadolu Agency reports.

Gendarmerie, health and fire crews were immediately dispatched to the scene.

All of the injured have been transported to nearby hospitals.

Earlier in the morning, a passenger bus overturned in Balikesir province after losing control, leaving at least 15 people dead. The bus, coming from the Black Sea province of Zonguldak, was en route to Balikesir’s Edremit district.

Rescue and emergency teams were immediately dispatched, but 11 people died at the scene and four later succumbed to their injuries in a hospital, despite doctors’ best efforts.

Visiting the injured, Balikesir Governor Hasan Sildak said three of the 17 people injured in the accident were discharged from the hospital following treatment.

Investigations into the causes of the accidents are underway.