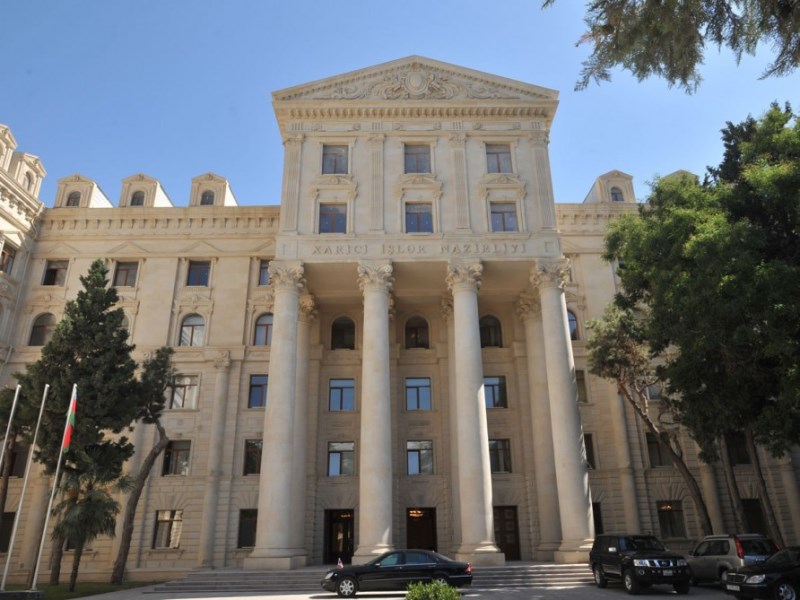 While the President of the Republic of Azerbaijan spoke at a press conference for local and foreign media about the prospects for construction and cooperation in order to achieve security and peace in the region in the post-conflict period, the destructive approach and aggressive rhetoric presented by the Armenian side clearly demonstrate the malicious intention of official Yerevan, said Leyla Abdullayeva, spokesperson for Azerbaijan’s Ministry of Foreign Affairs.

Abdullayeva was responding to her Armenian counterpart’s comments on the remarks voiced by Azerbaijani President Ilham Aliyev during a press conference on Friday.

“If Armenia, as its Foreign Ministry representative said, takes the position of revanchism by modernizing its army, if this country still does not understand that decades of aggression and occupation have only resulted in hostility and discord, and if it does not draw conclusions from recent events, this country itself is drawing the line over the secure and prosperous future of its people,” the spokesperson noted.

"As proved by the Patriotic War, Azerbaijan is always ready to ensure its sovereignty and territorial integrity within its international borders and is able to resolutely prevent any threats that potentially may emanate in this regard," Abdullayeva added.