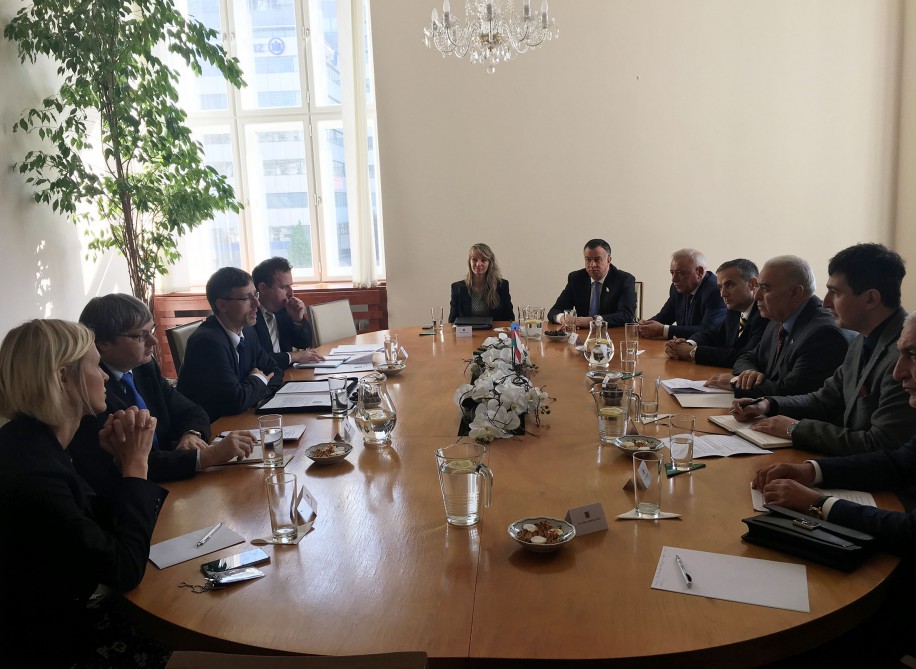 At the meetings with vice chairmen of the Chamber of Deputies of the Parliament of the Czech Republic Radek Vondráček and Vojtech Filip, the Azerbaijani delegation discussed the Azerbaijani-Czech bilateral relations, prospects for developing interparliamentary cooperation, as well as economic cooperation between the two countries.

The Azerbaijani delegation also met with Vice-Director of Czech State Agricultural Intervention Fund (SZIF) Miloš Irovski to discuss the establishment of cooperation between the Fund and relevant Azerbaijani authorities.